Brian Robison is Back 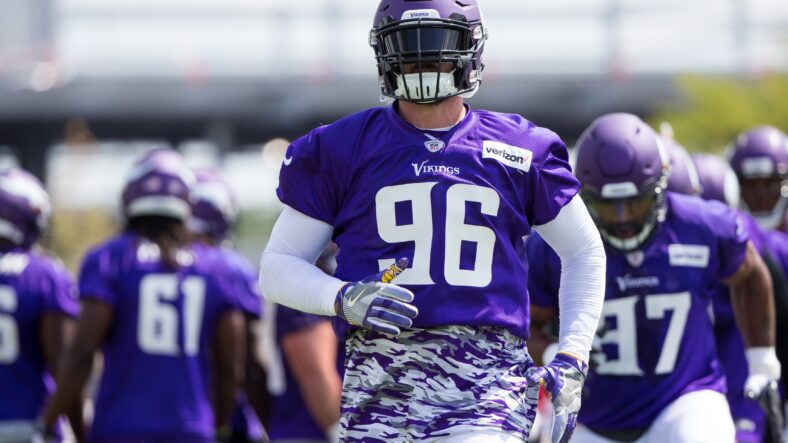 During his eleven seasons with the Vikings, Brian Robison was a fan favorite. The fourth-round pick worked his way up from depth defensive end to impact starter. That alone would have been a notable accomplishment, but he was able to use his popularity among fans and teammates to launch his “96 Questions” weekly segment (a nod to his number).

For those who are new to the Vikings, the basic idea is that Robison moves through the locker room asking a question to (mostly) players. Humor ensues.

Much has been made of the different energy with this team. Several players have commented on the difference between the current coaching staff and the previous one. The enthusiasm about Brian Robison returning with 96 Questions feels like an extension of that positivity.

Robison didn’t receive much opportunity to start during his rookie contract, but he was the team’s starter at LDE from 2011-16. From 2011 to 2013, he piled up 25.5 sacks, the best three-year stretch of his career. By the end, Danielle Hunter was pushing Robison for snaps. In 2017, the young defensive end took over for the veteran. Robison finished his career with 60 sacks, 289 tackles, 13 forced fumbles, 19 passes defended, and 112 QB hits.

Ideally, Brian Robison will not only provide fans with some entertaining videos but also the team with some more lighthearted enthusiasm. Keeping players upbeat is a good thing.