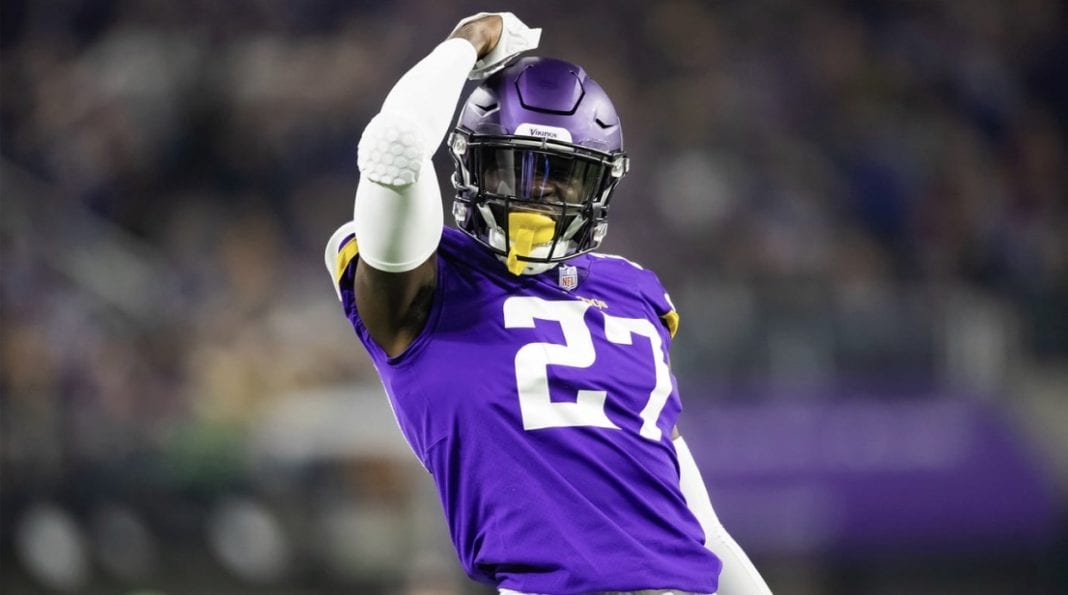 *Note from the Editor: This article comes from ‘The V61′ (Vikings61.com) The V61 is a new Vikings news/content site with some of the best writers in the Vikings media landscape–and a friend and partner of Vikings Territory and Purple PTSD!  Check out their home site and follow The V61 on TWITTER here!

At 2-2, the 2019 Minnesota Vikings have quickly become an afterthought in the discussion about NFC leaders in the NFL. Is this the right place to be for Mike Zimmer and his embattled football team? Maybe.

Before we cue the guillotine for the 2019 Minnesota Vikings after a very disappointing loss in Chicago to the Bears, let’s all take a breath and review a bit of history.  This football team has been through enough that they are due at least that.

In 2014, Mike Zimmer came to Minnesota and took over a twice-cooked mess. He replaced former Vikings defensive coordinator Leslie Frazier, who had become head coach by graciously taking over for his inept and slightly infamous predecessor, Brad Childress.

Childress (Brett Favre aside), did everything wrong.  One wonders how Frazier got the job, being an average coordinator, but perhaps the new owners (the Wilf family), wanted a nice guy who everybody liked, which describes Frazier well.  Most likely, they wanted a quick transition.

By 2015, Zimmer led his team to an NFC North title and a spot in the playoffs. The Vikings had been whipped three times in the season, in the opener against the San Francisco 49ers, 20-3, and in Weeks 11 and 13–at home–by the Green Bay Packers, 30-13, and the defending NFC champion Seattle Seahawks, 38-7.

Although they had rebounded from the opening loss to the 49ers by winning seven of their next eight games, after the later season defeats, Minnesota lost favor in the press and slipped between the cracks.

They weren’t really “underdogs’”, but with the Carolina Panthers and NFL MVP Cam Newton making all the headlines, Zimmer and his Vikings seemed like a story for another season.

But a funny thing happened in that national diminishment. On a short week, Minnesota traveled to Arizona to play a powerhouse Cardinals team. With several of their key defensive players missing, the Vikings gave the heavily-favored Cardinals everything they had, losing a great contest on a last-minute fumble.

Minnesota then won three-in-a-row to end the year, outscoring their opponents, 107-47.

In the 2015 Wild Card playoff game, the Vikings again were matched up against the Seahawks. In a frigid game at TCF Bank, Minnesota, who despite being completely unable to run the football with Peterson, almost completely shut down the prolific Seattle offense, and lined up to kick the game-winning field goal with just seconds left.

Cue the funeral dirge. A 28-yarder went left, breaking the heart of hearts of tens of thousands who had heartily braved the dangerous cold, including legendary Viking coach Bud Grant–who had walked out for the coin toss in only his shirt sleeves.

Great Starts, Not So Great Endings

Skipping the 2016 season where everything that could go wrong went wrong (after that great 5-0 start!), we can examine the 2017 campaign that proves the unique value of getting out of the spotlight on a professional football team.

In that 2017 season, after fans saw an explosive win against the New Orleans Saints to begin, the Vikings went–in three weeks–from a Super Bowl poster team to finding themselves with a backup quarterback named Case Keenum, seeing their electrifying rookie running back in Dalvin Cook be lost for the year with an ACL injury, and a 2-2 record.

The ‘curse’ as we’ve come to know it–was on.

But.  Somehow, the “underdog” lifted his head out of the Minnesota snow.

Zimmer and his defense lead this busted-up team to an 11-1 record following that 2-2 start, and Keenum and Stefon Diggs gave the world the play that will live in the same breath as the “Immaculate Reception” in the NFC playoffs.

In 2018, the Vikings’ front office went all in on free-agent QB Kirk Cousins, Philadelphia QB Coach John DeFilippo, and even DT Sheldon Richardson.

Yes, they overpaid and overplayed their hand.  With the sudden death of Offensive line coach Tony Sparano, the offense was out of whack from the get-go.  Dalvin Cook returned too early from his ACL injury and was hampered with a hamstring problem for most of the year.  Receivers Adam Thielen and Stefon Diggs had career years, but the team lost most of its important games and ended the season 8-7-1.

So let’s now face facts.  Some of the things we saw last year we are not seeing this year–and some of those things we are.  We destroyed two teams in Oakland and Atlanta and lost a game in Green Bay, that like in 2018, we should have won.

Despite being whipped by the Bears, Minnesota has to like their chances in the NFC ball of wax.  If the Chicago Bears are a better team, then tell that to the Los Angeles Rams, who also got whipped by them in Soldier Field and somehow ended up in Super Bowl 53.

To follow the advice of a pretty good coach in this league, and the one who’s team beat those Rams in Super Bowl 53, let’s “move onto New York” and beat the Football Giants there next Sunday.

This team is 2-2, and they’ve been there before.