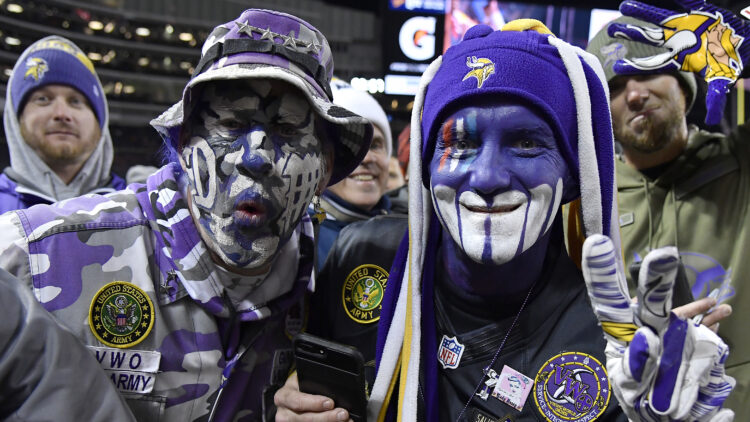 It wasn’t necessarily a “Friday news dump” because the news transpired in the early afternoon, but July 23rd evolved into a robust news day for the Minnesota Vikings. In politics, the government often prefers to release unpopular information in the early evening on Fridays, so the stereotype suggests that perhaps this was the Viking version of it.

But some of the Vikings tidbits on Friday were favorable dealings.

Foremost, more tomfoolery beset the Green Bay Packers. That cheese-focused organization already has its graters full of Aaron Rodgers melodrama after the quarterback effectively implied several times that he wants to play for a different football team. That alone is dire news.

Then on Friday, Ian Rapaport informed the gridiron masses that Rodgers’ go-to wide receiver, Davante Adams, is in on the same dairy farm as Rodgers for discontentment.

Any news that is disadvantageous to the Packers – is advantageous to the Vikings. There’s no other way around it. In fact, the street is two-way. When the Vikings encounter maladies, Wisconsinites rejoice. The reporting on Adams is unclear about the timing of his angst. Is he going to hold out this season? Maybe. Adams’ contract spans through 2021, meaning he should play this season and deal with the contract malarkey thereafter. However, Rapaport’s tweet has vibes that 2021 may, indeed, be affected. Stay tuned – no Rodgers or Adams is blissful to the Vikings.

After that, a piece to the remaining-cap-space puzzle appeared to snap into place. Dede Westbrook – a wideout with long-rumored ties to the Vikings during free agency – visited the Twin Cities once again. He’s reportedly meeting with the Vikings brass. Pending the outcome of that roundtable chat, Minnesota might just have its best WR3 on paper since 2009.

Westbrook would add instant depth to the Vikings wide receiver corps, presumably bumping Chad Beebe from his WR3 gig if Westbrook and the team strike a deal. The ex-Jacksonville Jaguar missed most of the pandemic season with a torn ACL. The allure for him to head north is simple: Keenan McCardell.

Westbrook and McCardell had a coach-player relationship in Jacksonville for four seasons. It seems now that partnership might just reignite for a fifth year.

ESPN’s Courtney Cronin dropped a bombshell soon after the Westbrook hubbub hit the digital stratosphere. And this story is colossal, at least in the Vikings immediate orbit.

Pandemic politics hit the doorstep of the purple and gold ball club.

The last semblance of smoke regarding COVID and the Vikings occurred a couple of months ago when a few players stated they had no plans to get the vaccination. Well, a coach tried holding that mentality – and he no longer coaches for the Vikings.

Dennison’s departure is significant because of timing. Training camp is five days away, leaving the team with new leadership just as a make-or-break season kicks off. Not ideal.

Nevertheless, Dennison’s offensive lines were not known for pass-blocking success – or anything close to it – as Minnesota has showcased lousy pass-protecting offensive lines for three straight years. The last time Minnesota’s pass protection was merely average was 2017 – and you might recall what happened that season.

Dennison did engineer a wonderful running scheme as Dalvin Cook ranks second in the NFL since 2019 for yards from scrimmage. The man knew how to let Cook simmer.

Yet, Zimmer is evidently taking no chances of COVID-related forfeitures – the NFL dropped that stipulation this week, too. If an unvaccinated player is determined as the source of a team-wide coronavirus outbreak in 2021, that team will forfeit the game if the team is unable to play. The stakes are high.

With six years of NFL experience, Phil Rauscher takes over the offensive trenches.