A Couple Positives for the Vikings Moving Forward 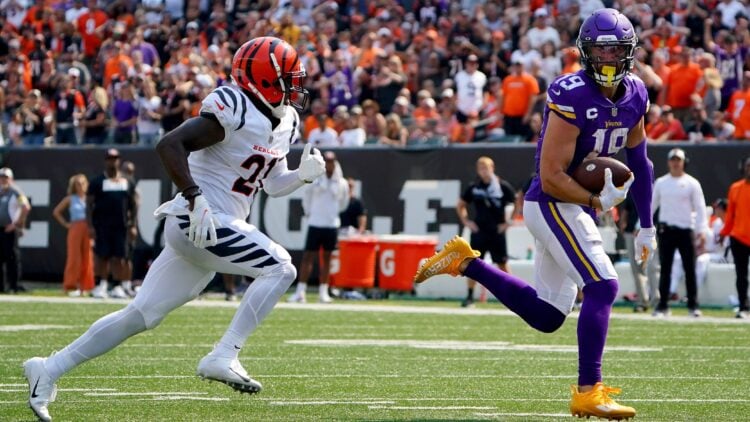 After a 27-24 loss against the Bengals, it’s tough to look at anything in a positive light. The Bengals are not expected to be a very competitive team this year, and this was supposed to be one of the easier wins on Minnesota’s schedule. However, some good things did happen despite the loss and overall disappointing performance.

Last year, one of the only problems with Minnesota’s offense last year was the lack of a consistent third option at wide receiver. On Sunday, the Vikings may have found their solution. Amidst the offensive line committing penalties on every other play, K.J. Osborne had himself a very nice day. He was actually Kirk Cousins’ second favorite target of the day, catching seven of nine targets for 76 yards. Especially with Irv Smith done for the season, it’s imperative that the Vikings find production from that third receiver spot this year. Osborne may be the answer.

With Anthony Barr sitting out the game, the Vikings moved to two linebacker sets for the majority of the game. Eric Kendricks and Nick Vigil both looked very sharp in the season opener, and when Barr returns, this will be a great LB group. Vigil specifically showed some very strong plays not only against the run, but in the pass rush. The former Bengal found himself in the backfield multiple times during the day, and he recorded two TFLs including a sack.

Across the board, the special teams unit looks much improved over the 2020 group. Greg Joseph nailed all his kicks, including a buzzer-beater field goal to send the game to overtime. Punter Jordan Berry did a lot of work over the course of the game, and he had a couple booming punts, including a 62-yarder. The kick coverage unit did great as well, and specifically Harrison Hand had a great day. If the Vikings special teams unit doesn’t lose them games, that will go a long ways towards a winning campaign.

In order to make the playoffs, all the Vikings have to do is win their division. And somehow after an 0-1 start, they find themselves atop the division due to their -3 point differential. Most of this has to do with the fact that Aaron Rodgers and the Packers played dreadfully against the Saints. They lost 38-3 and Rodgers threw two bad INTs. If Green Bay takes a step back, this division is there for the Vikings to take.