Last season the Vikings entered cap hell, mostly due to the massive contract increase at the quarterback position. This offseason Minnesota remains there, but they have a way out that may not sit well with fans.

This roster is full of players who don’t have a lot of guaranteed money left on their contract. In a effort to replace some of their older stars, it’s time for the Vikings to undergo a youth movement. Guys like Mike Hughes, and Ifeadi Odenigbo will need to step up to replace their mentors. The most interesting case is that of Everson Griffen who now has a player option to void the remainder of his contract. Regardless of whether he choices to do that or not, the Vikings will need to reduce his cap hit. Cutting him saves Minnesota 13.1 million against the cap. Other potential cap casualties and their cap savings  are listed below(all according to spotrac)

The biggest restructure candidate is Harrison Smith, there’s zero chance the Vikings cut him, and an extension between the two parties should be quick and easy. Harrison is currently only contracted through the 2021 season and will be turning 31 years old. Linval Joseph is another big option, but given his age and large cap saving the Vikings may decide to cut him out right. Cornerback Xavier Rhodes continued his decline, and is the most likely to be let go in the group. With multiple young guys behind him itching to get more time, it shouldn’t be a tough decision to walk away. Same can be said about Joseph who has Jaleel Johnson and Armon Watts waiting in his wings.

The Vikings list of free agents is one of the longer ones in the league, and it includes several key pieces. Safety Anthony Harris is at the top of the list. He is likely to see a contract in the area of 12.5-15 millions dollars per year range. While he is underrated he has been the best safety in the league by far and deserves to be paid like it. Two cornerbacks are scheduled to hit the market and the Vikings can only afford to keep one. Mackensie Alexander is the likely candidate. Trae Waynes is likely To receive a larger contract in free agency because he plays outside and not in the slot. Logan Ryan of the Titans is currently the highest paid slot corner at around 10 million per year, which means the Vikings could possibly retain Alexander for around 7.5- 9 million per year. Names like Sendejo, Kearse, R. Hill, Whetherly, and Treadwell will likely be playing football elsewhere in 2020. The special team aces are both up for new contracts at well. Bailey returns to form with the help of Colequitt the punter. Expect to see both of them back, as they were the best special teams duo in Minnesota in a very long time.

The Vikings can left themselves out of a bad cap situation, but it’ll mean parting ways with some beloved players. Will interesting to see if they can do that, and stay competitive 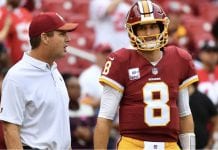