The Minnesota Vikings are a team that have put together an impressive collection of young talent during recent years. The group has multiple second-year players trying to move up the depth chart during the 2022 training camp, but how many of them will actually be able to do so? Today, we examine a few of those players, and the likelihood of them having greater roles on the 2022 roster. Note that we did not discuss likely starters such as Christian Darrisaw and Cam Bynum in this piece.

After years of relying on two stars at wide receiver, whether that be Stefon Diggs and Adam Thielen or the more recent iteration with Justin Jefferson and Thielen, the Vikings now have some of the most impressive depth at wide receiver in the entire NFL. K.J. Osborn was a second-year breakout in the 2021 season, catching 50 balls for 655 yards and seven touchdowns. This year, the Vikings will also have their budding star at tight end, Irv Smith Jr., back in the mix after missing the entire 2021 season with a torn meniscus.

So, where exactly does that leave Ihmir Smith-Marsette heading into 2022? During his rookie year, he had a very limited role in the offense, being targeted just six times. However, he caught five of those for 116 yards and a pair of touchdowns. This included three receptions for 113 yards and a score in Week 18 against the Bears.

It’s unlikely we’ll see quite the same breakout as Osborn for ISM simply because there are so many mouths to feed in Minnesota’s offense. However, if trends are to mean anything, there will certainly be a role for the second-year receiver. Thielen missed four of the final five games of the 2021 season, and coincidentally enough, both of ISM’s touchdowns came during this stretch. Kirk Cousins has shown that he is comfortable throwing to him in the red zone, so if Thielen were to continue to miss any time in 2022, don’t be shocked if those red zone passes go ISM’s way this year. For now, I’d peg him in as Minnesota’s WR4 when training camp finishes up.

Kene Nwangwu dazzled fans with a pair of electrifying kick returns for touchdowns. While that looks to continue to be his job moving forward, is there a role for the young running back in a packed Minnesota backfield?

Comparatively to the Vikings wide receiver position, this backfield has ton of talent, with an emphasis on youth to make it even more enticing. Dalvin Cook is obviously the headliner, but everyone behind him from Alexander Mattison, Nwangwu, Ty Chandler, and even UDFA Bryant Koback all have RB2 potential.

I’ve already discussed the possibility of a Mattison departure from the squad given this depth, and that could open up more chances for Nwangwu. Even still, Nwangwu offers an intriguing skillset from a receiving standpoint that many of the others don’t. We’ve seen his explosive playmaking ability, and that should translate to the offense in 2022. I’m making him my surprise player as the Vikings RB2 for this season.

Danielle Hunter is back and supposedly better than ever, and on top of that, Minnesota has added two-time Pro Bowler Za’Darius Smith to the defensive front. There’s not much of a chance for anyone to break into the starting lineup at OLB given the elite status this pair holds. At least, when they’re healthy. Both Hunter and Smith have had injury concerns over the past 12+ months, and there’s certainly a chance that either (God-forbid both) of them miss time in 2022.

The EDGE spot behind these two looks eerily similar to the 2020 group that ranked among the bottom five in sacks and pressures. Somehow, Yannick Ngakoue led that 2020 squad in sacks (5) despite playing just six games. Jonathn Bullard and D.J. Wonnum have done very little to inspire confidence that they can hold down a starting spot for an extended period of time, so that opens up a possibility for Patrick Jones II.

Jones played just 99 snaps on defense during 2021, but throughout his collegiate career at Pitt, he was a constant threat to sack QBs. Over the course of the 2019 and 2020 seasons, Jones racked up 24 TFLs and 17.5 sacks, terrorizing ACC offenses. His capabilities as an explosive, hard hitter allowed him to force four fumbles in 2019 as well. He may not end up starting any games for the Vikings, but he is the exact type of playmaker that Minnesota has lacked in the defensive front over the past couple years. Expect him to make many appearances in blitz packages for the Vikings in 2022.

My rave reviews of Jaylen Twyman and his work ethic can be found all over this site. Twyman was drafted by the Vikings in the sixth round of the 2021 draft, but missed the entirety of his rookie season due to gunshots wounds suffered while visiting family in Washington D.C.

Another prospect of the Pitt defense, Twyman got the nickname “Baby AD” for his physical similarities to one of the greatest defensive tackles of all-time, Aaron Donald. Donald also attended the University of Pittsburgh, and Twyman had frequent conversations with the now Rams All-Pro while attending the school. The lessons seemed to work as Twyman recorded the second-most sacks in the ACC during 2019.

The problem with Twyman is that we haven’t truly seen him take the field since that 2019 season. In addition to missing his rookie NFL season, he opted out of the 2020 season to be with his family amidst the COVID-19 pandemic. Twyman carries the most unknowns with him among this entire Vikings group, but if he lives up to the nickname “Baby AD” in any fashion, he should come out of training camp as a well-known name. 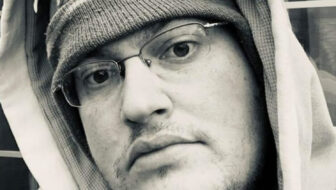