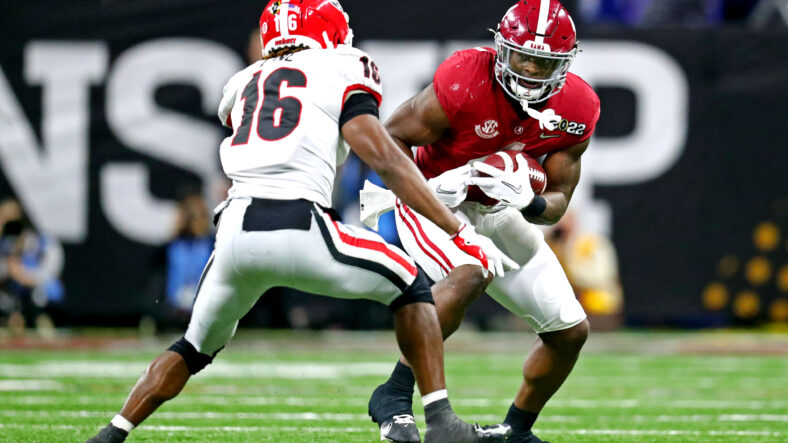 We now have the firm dates for the Vikings training camp. Take a look at the tweet from Tom Pelissero with the training camp details for the NFL’s teams:

Minnesota’s rookies will show up on July 24th. It’s another opportunity for the young guys to show that they belong in the NFL. The early-round picks, of course, are essentially guaranteed their roster spots. The team didn’t invest a first-round pick in Lewis Cine to cut him before ever playing. Most rookies, though, really do need to earn their spot. Everyone from mid-round picks to UDFAs will need to impress. Quite often, that means showing some ability to be competent depth and then a strong special teams contributor.

The veterans join the rookies a couple days later. They get there on July 26th.

Some of the main competitions will take place at QB2, the iOL, the backup OLBs, and then in the secondary. A lot of fans are very interested to see if Cine and Andrew Booth Jr. can take a starting spot away from a veteran. Another thing to keep an eye on is whether Minnesota brings in some outside talent. There are Ndamukong Suh rumors, and there must be other players the team has spoken with. Perhaps another player or two gets added.

The beginning of the Vikings training camp will be exciting. It signals the end of the slowest portion of the offseason while simultaneously inviting us to look ahead to the upcoming year. The Vikings are entering 2022 with some cautious optimism. Kwesi Adofo-Mensah, Kevin O’Connell, and the rest of the new leadership group will be trying to bounce back from two-straight disappointing seasons. If things go well, this is a playoff team, one that can hopefully push the Packers for the division title.