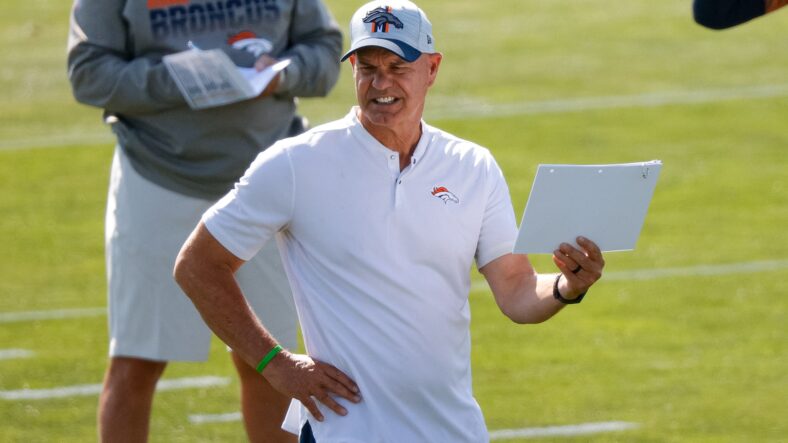 The Vikings found themselves with an open roster spot after deciding to move on from Gabe Brkic. They’ve decided to fill that opening with OLB Andre Mintze, who used to play for Ed Donatell in Denver.

The top two edge rushers will be Danielle Hunter and Za’Darius Smith. Provided they can stay healthy, Hunter and Smith will likely be one of the most intimidating pairs in the NFL. After them, though, there are a fair amount of questions. Can D.J. Wonnum be a strong rotational pass rusher? Will Janarius Robinson or Patrick Jones II become strong contributors?

Athleticism alone isn’t enough to stick around the NFL, but it’s often a good place to start. Donatell will be familiar with him and his abilities. The fact that he’s only being brought in now suggests that he wasn’t among the team’s top priorities, and yet there’s some sense that the DC thinks he might be able to thrive in Minnesota.

According to Vikings.com, Mintze got in on some action last year, playing “64 defensive snaps and 69 on special teams.” The team’s site also relays some info from Mintze’s college days: “Mintze played at Vanderbilt University. He totaled 75 tackles (44 solo), 8.5 sacks, three forced fumbles, one fumble recovery and a pass defensed in 43 games with the Commodores.”

His modest amount of snaps resulted in a 55.6 score on PFF. The sample size is far too small to make any strong conclusions from the grade. What’s more significant, perhaps, is simply that he has the capacity to keep improving. Andre Mintze will get the chance to do so once training camp arrives.