There Will Be No Punt-Off: Vikings Release P Jordan Berry 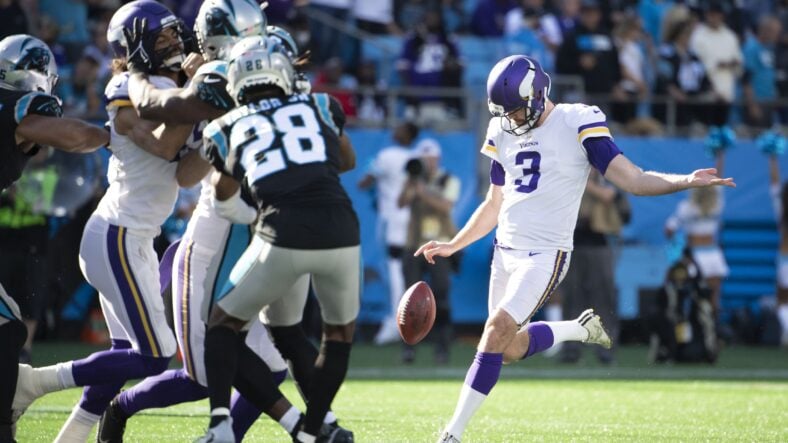 If you were planning on staying up late for Saturday night’s preseason game solely for the punt-off, well, you’re about to be disappointed. On Thursday morning in a flurry of roster moves, the Vikings released Jordan Berry. This leaves UDFA Ryan Wright as the lone punter on the roster, ending the punting battle for all intents and purposes.

The move comes on the heels of Matt Daniels’ Tuesday comments where he said there would be a “punt-off” between the two players in Minnesota’s final preseason game against the Denver Broncos. This move came as a surprise for a couple reasons.

Firstly, Berry performed well in 2021 for the Vikings. He punted 78 times last season and averaged a career-high 46.5 yards per punt. This average boot tied for 14th in the NFL with Green Bay Packers punter Corey Bojorquez.

Another reason this move is surprising is because it means the Vikings will have a new holder for kicker Greg Joseph in 2022. Joseph burst onto the kicking scene in 2021 after Minnesota moved on from Dan Bailey. He made 33 of his 38 field goal attempts during the season, and those 33 makes put him in fifth among all NFL kickers. This was a vast improvement from Bailey, who made 15 of 22 attempts during the 2020 season.

Berry has been Joseph’s holder throughout the tenure with the Vikings, but now, those duties move over to Wright. It seems unusual that the team would mess with chemistry between holder and kicker so close to the regular season, especially when the kicker has been drilling 60-yard kicks with said holder. Daniels said earlier in camp that he thinks Joseph will have his best season of his career.

That said, it did appear that Berry was having some issues with his actual punting. One of his punts versus the San Francisco 49ers did not travel across midfield last weekend, whereas Wright was consistent with all of his kicks. Obviously, the main job of a punter is being able to consistently pin opponents on their own side of the field, so if Berry consistently was having issues in this area, it makes sense for Minnesota to opt for Wright. Let’s just hope that he continues to develop chemistry with Joseph. 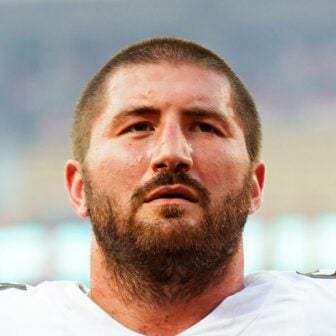