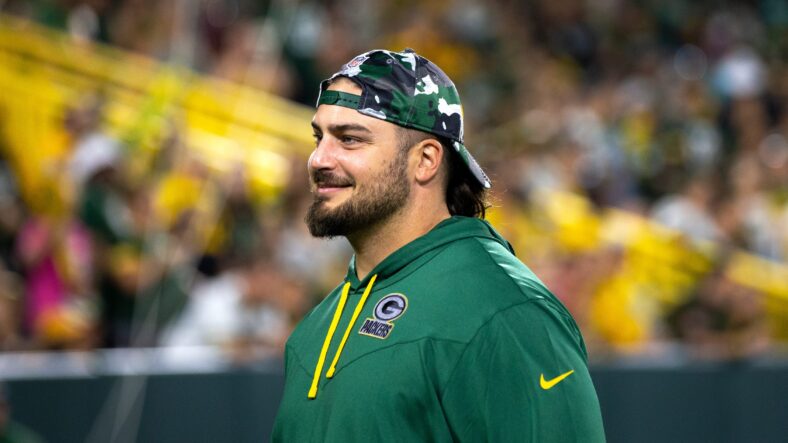 The Minnesota Vikings got some good new yesterday regarding their tight end Irv Smith Jr., who should be available for the season opener against the Green Bay Packers. Meanwhile, the Packers also got some positive news about their All-Pro left tackle, David Bakhtiari. It is becoming increasingly possible that Bakhtiari will be able to play against the Vikings on Sunday.

Since going on injured reserve with a torn ACL at the end of the 2020 season, Bakhtiari has played in just one regular season game. He did not appear in the playoffs for the Packers last year, either.

This news is massive for a Green Bay Packers team that has missed their star player protecting Aarion Rodgers’ blind side. Prior to missing the majority of the 2021 season, Bakhtiari had been a member of either the first or second AP All-Pro teams in each of the five seasons from 2016-2020.

The need for Bakhtiari has become increasingly apparent over recent weeks as Elgton Jenkins, the star guard who filled in at LT during parts of 2021, has also had injuries nag him throughout training camp.

It must be kept in consideration that the Vikings will be throwing two of the best pass-rushers in the league at the Packers this week. Minnesota managed to turncoat Za’Darius Smith from green and gold to purple, and Danielle Hunter rejoins the lineup after missing most of last year with another injury.

In an early season game, it’s hard to truly consider a game “must-win” for either team, but these two teams both look to contend for the NFC North title in 2022. This season-opener could play a crucial role in deciding who wins the division. Both teams being at full strength in the trenches is crucial in deciding a winner.