The Most Underrated Minnesota Viking 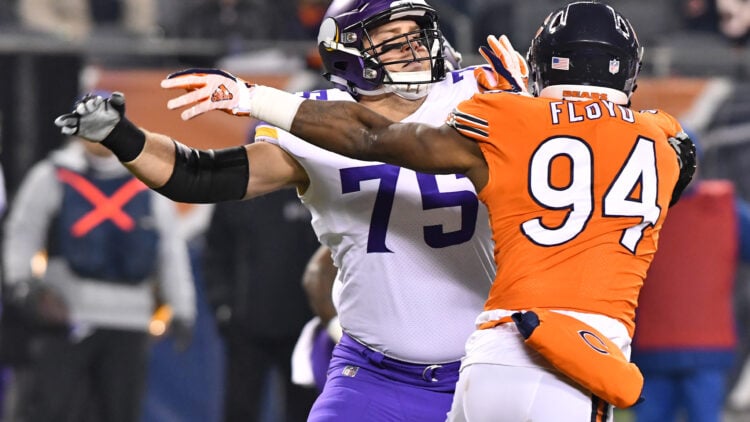 This isn’t news to anyone inside the confines of the state of Minnesota, but Brian O’Neill is a pretty good football player. However, the rest of the NFL world is still getting to know the Vikings right tackle. Earlier in May, PFF‘s Ben Linsley ranked the top offensive tackles in the NFL. While O’Neill did crack the list, his placement at No. 26 seems a bit low for someone of his stature. Even in Linsley’s argument for putting him in the tier of “Good Starters”, he contradicts himself a bit by including this stat:

It seems like the numbers suggest that O’Neill is a tackle that should rank a little higher than “good” in NFL circles. USA Today seems to agree. Their Doug Farrar has placed O’Neill on their “All-Underrated” Team ahead of the 2022 season. He joins Eagles left tackle Jordan Mailata, guards Joel Bitonio and Christ Lindstrom, and center Ben Jones, who Vikings fans were pounding the table for this offseason, to create a truly terrifying front line.

Of course, the past calendar year has been quite kind to the Vikings right tackle. He signed a five-year, $92.5 million contract extension last September, making him the second-highest paid right tackle. He sits behind only All-Pro Ryan Ramczyk, whose current contract is worth $96 million down in the Big Easy. Minnesota followed that up by making him a captain for the first time during the 2021 season. O’Neill answered the call by making his first Pro Bowl, albeit as a replacement for the injured Buccaneers tackle, Tristan Wirfs.

While being named to the event is certainly an accomplishment, the point is that O’Neill shouldn’t have had to wait until the 2021 season to get the call. And it certainly shouldn’t have been as a mere replacement player. Since stepping into the starting lineup during his rookie season of 2018, he has been one of the most consistent players in the league. He hasn’t missed a game, and his play is levels higher than the average tackle.

The rest of the NFL may just be waking up to the idea that O’Neill is elite, but the Minnesota Vikings have made it very clear that they value their star right tackle. With another outstanding year in 2022, and maybe some better team success, perhaps everyone else will finally give him the attention he deserves. 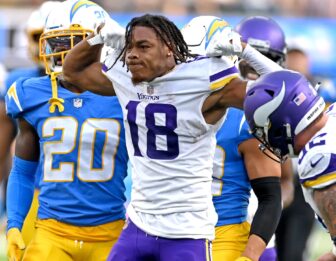 Also Read:
Ranking the North: The Aftermath of a Wide Receiver Exodus