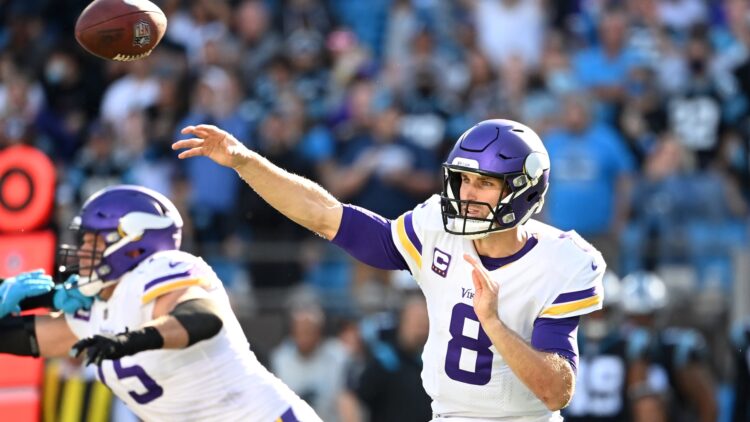 A lot of Kirk Cousins critics will decry his proclivity for the mere checkdown rather than the more aggressive shot down the field. Does the critique hold up under scrutiny?

A recent piece from PFF says no. If you hop over to the article, you’ll find that Kirk Cousins’ name is noticeably absent in the checkdown conversation. Take a peak at how the piece defines what a checkdown is:

Who is the NFL’s “Captain Checkdown” when it comes to quarterback play? There’s nothing inherently wrong with checkdown passes — the best quarterbacks in the league employ them regularly, and they can be vital to an offense’s success and efficiency — but quarterbacks shouldn’t be too keen on them.

The problems arise when quarterbacks are too quick to hit their checkdown options, which never gives bigger plays an opportunity to develop. With that in mind, which NFL quarterbacks fall into which categories?

To get to the bottom of the issue, Sam Monson looks into the past two years of data. In other words, two years of data when a lot of Vikings fans weren’t happy with their team’s performance. 2020 and 2021 weren’t banner years, and much of the frustration has been directed at Mr. Cousins.

In all likelihood, the PFF research won’t change too many minds. My advice – if it matters at all – is to take the evidence and accept it as part of your broader assessment and opinion of the Vikings (and their QB). Cousins doesn’t fit the misguided assumption that he’s always checking down. Rather, he’s someone who does make an effort to get the ball down the field. Some may still quibble with his inability to make plays that don’t fit within the play’s design, but being a mere checkdown QB doesn’t fit with the data.