Recent History Favors the Winner of the Vikings vs. Eagles Game 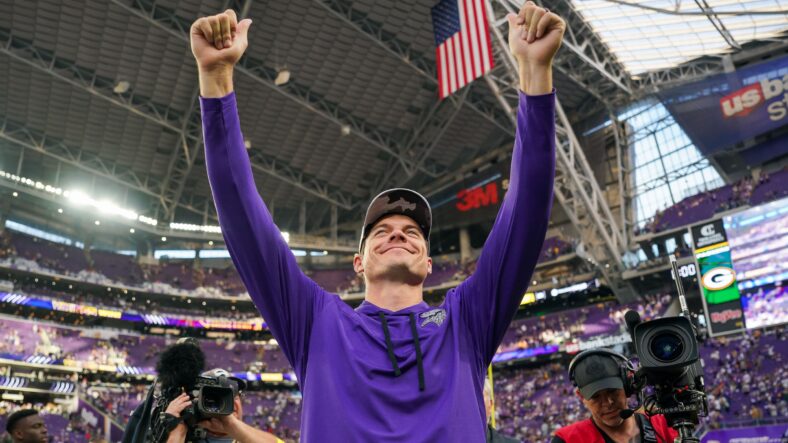 Assuming a winner is decided between the Minnesota Vikings and Philadelphia Eagles on Monday night, and the two teams don’t finish in a tie, one of the two squads will have started their 2022 campaigns 2-0. Looking at past NFL seasons, recent history suggests that the winner of this game has an overwhelmingly favorable chance at making the playoffs this season.

Since 2019, 27 teams have started their seasons with a record of 2-0. 21 of them have made the playoffs, or an outstanding 77.8% of teams. In 2021, five of the seven teams that won their first two games participated in postseason play.

Among the 2-0 teams in 2021 were the Super Bowl champion Los Angeles Rams. In fact, Kevin O’Connell has a streak on the line this week as the Rams started their seasons 2-0 in each of the 2020 and 2021 seasons when he was the offensive coordinator.

The Vikings got their 2022 season started by beating the socks off the Green Bay Packers, 23-7, as Justin Jefferson torched the defense for 184 receiving yards. Meanwhile, the Eagles jumped out to an early 31-14 lead over the Detroit Lions and clung to a win as the score ended up being 38-35 in favor of Philly.

In total, there are four matchups between teams that began their seasons 1-0. If things land perfectly, we could see a total of eleven 2-0 teams heading into Week 3, which would tie an NFL record. This has happened four times in NFL history, occurring in the 1998, 2006, 2008, and 2020 seasons. We’ll see if history has occurred by the time the Vikings and Eagles wrap up Week 2 on Monday night at 7:30 PM CST. 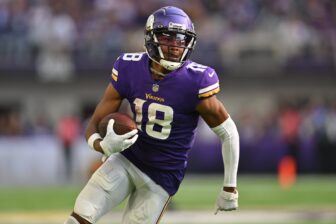