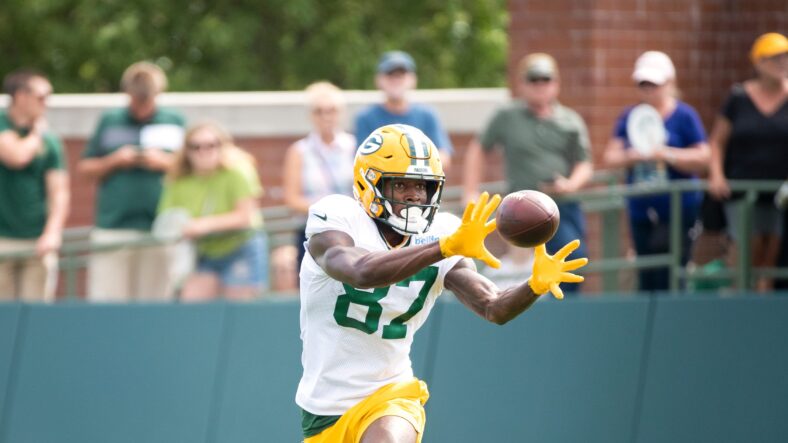 There are folks out there assuming that the NFC North wide receiver rooms, outside of the Minnesota Vikings, are going to be awful this year. Largely, this does look like the case, especially if you look at who the Chicago Bears are going to be throwing out there to catch passes from Justin Fields. However, out in Green Bay, there is a rookie receiver doing his best to make sure this isn’t the case for the Packers. It isn’t the name you’re expecting, either. This rookie is former Nevada Wolfpack receiver, Romeo Doubs.

The Green Bay Packers were all over headlines over the course of the offseason, particularly because of their star wide receiver, Davante Adams. After he and the Packers were unable to agree upon a new contract extension, Adams requested a trade, and he ultimately ended up with the Las Vegas Raiders.

This left the Packers scrambling to fill the void left by the man who recorded 123 receptions, 1553 yards, and 11 TDs in 2021. Not to mention, Marques Valdez-Scantling left in free agency for the Kansas City Chiefs. Green Bay did not do much to address the receiver position in free agency, and then they opted to take defenders with both of their first-round picks in the 2022 draft.

From the second round on though, Green Bay used multiple picks to grab talented receivers. The Packers picked Christian Watson out of North Dakota State with the No. 34 pick. Many people assumed he would be the choice for WR1.

That said, Doubs was selected in round four and largely has outplayed Watson and every other receiver to this point in training camp. The rookie can be seen here dusting CB Eric Stokes for a big gain. Reminder, Stokes ran a 4.2 40-yard dash at his Georgia Pro Day.

Doubs proved to be a big time playmaker throughout his collegiate career. It makes sense that his success would translate well to the NFL, especially with a talented QB like Aaron Rodgers. In 2021 during his senior season, Doubs recorded 80 receptions, 1109 yards, and 11 TDs. Rodgers had high praise for his rookie receiver as well:

“Romeo Doubs has had a really nice start to camp. Getting a lot of attention based on some of the plays he’s made. Like the approach, very understated kid, very humble kid…We all feel really good about Romeo and the start he’s off to.”

As a rookie, we may not see Romeo Doubs and Christian Watson emerge as players to the level that recent rookies like Justin Jefferson and Ja’Marr Chase have, but to say that the NFC receivers are all slouches isn’t exactly fair either. Luckily for the Vikings, their cornerback battle has been fierce between Andrew Booth and Cam Dantzler. This should cause for a very interesting matchup in week 1 between the Packers receivers and the Vikings defensive backs. 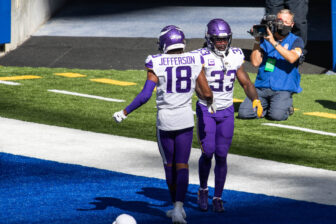 Also Read:
Poll: A Closer-Than-Expected Race for Most Irreplaceable Viking