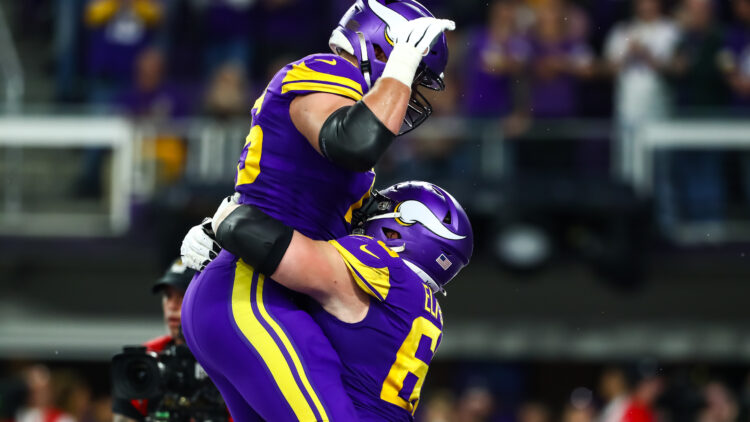 The OL is among the top concerns for Vikings fans.

Indeed, it has been a long time since it’s been a strength, so onlookers are reasonably worried about the front five. Kirk Cousins is an underrated athlete, and yet he’s not as elusive as many of the league’s QBs. As a result, getting strong protection up front is vitally important.

We’ve gotten another clue for where things stand along the Vikings OL with this image of the starters:

Perhaps the main concern is Garrett Bradbury, the 2019 first rounder who never developed into the impact player many hoped for. Immediately to his right is Chris Reed, a free agent who I believe will be in the starter’s spot in Week 1.

Otherwise, the other three positions look familiar. Darrisaw and O’Neill are the two tackles; Cleveland (who recently got some mention in the PFF guard piece) is the LG.

Other names to consider are Ed Ingram, Jesse Davis, and Wyatt Davis. All will be given the chance to compete for a starting spot. Of the three, Davis is the most likely to find himself in the lineup. He’s a veteran and his contract suggests the Vikings think highly of him.

Of course, we’re just beginning the offseason. A lot will change based on new additions, injuries, and performance. Nevertheless, it’s fascinating to see how the coaches are currently evaluating things. The Vikings OL will be a work in progress, a group that needs to show decent growth in 2022. Failing to do so could result in an offense that is merely good instead of great.