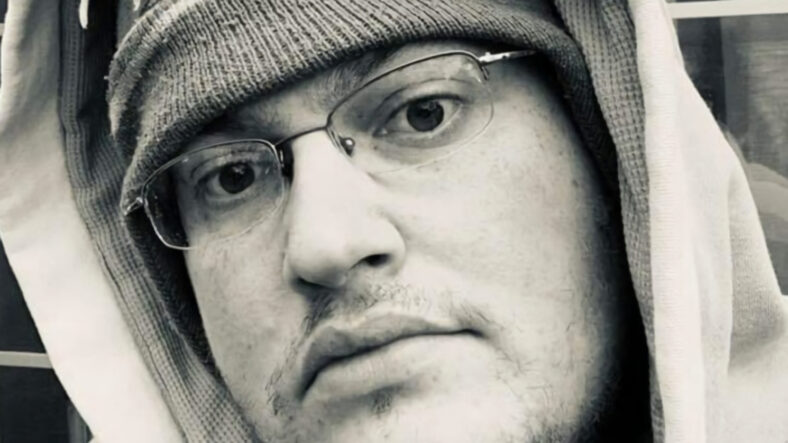 His dreams took off from there, building websites in VikingsTerritory and PurplePTSD that attract over 30 million annual readers.

Sadly, Joe passed away one year ago today at his Minneapolis home. He was 37.

Joe was a thoughtful and empathetic Vikings firebrand, adamant that the world hear his opinions about his beloved football team. He actually started his websites because someone on Reddit said something like, “If you’re such a big know-it-all, you should start your own site.”

Since then, Joe empowered dozens of men and women around the planet to write on his websites, only needing a competent writing style and a side dish of passion about the Vikings.

Joe described himself as a “panicky Vikings fan,” meaning he’d often scribble on his sites with raw emotion as fuel. That mentality filtered down to his coworkers as the enterprise sought to blend football analysis with fandom. He called it Gonzo Journalism.

The beauty of his brainchild? Joe didn’t assign “stories” or issue deadlines. Instead, he pioneered a belief that more is better on the internet, so his writers had full creative control. He empowered people — and then sat back as they experienced success, refusing to take the credit.

On the anniversary of his passing, Joe is remembered by his close friends, who write for VikingsTerritory and PurplePTSD.

“Joe was great to work for, especially for someone (like myself) who was relatively new to writing about the Vikings. He had an energy and a vision that was really encouraging. Finding someone who’d not only allow me to write but also pay me was a tremendous blessing. We only ever chatted online or on the phone, but I did consider him a friend. As I reflect on Joe, I feel sadness, but I also feel thankfulness. I think about his generosity, energy, and passion for giving people a chance to cover the Vikings.”

Josh Frey, who writes for both of Joe’s sites, said:

“In a lot of ways, 2020 was one of the hardest years of my life, but Joe did his best to shed some light through the darkness. From the very first time we chatted, I knew he was a special man that I wanted to work with and learn from. Between his goofy humor and his passion for making his websites some of the best in the world, he helped me begin living out my dream of being a sports writer, encouraged me to think big, and most importantly, just express myself through my work. I will be forever grateful to him for the opportunities he gave me, and I hope every day I continue to write, I create something that would make him proud. We miss you, Joe.”

Sean Borman, the “salary cap guy” for VikingsTerritory, remembered Joe in this way:

“A year later, I think about Joe often. The Vikings Territory training camp credentials hanging in my office are a daily reminder of one most unique souls I’ve ever met. Joe was authentic. He had a gift of making those around him feel good about themselves. He instilled confidence in his writers through compliments. He spread love through encouragement and support. And he did it his own unique way. Originality, while often encouraged, is too often under-appreciated. I hope someday we’ll recognize and celebrate this trait the way it should be because it’s absolutely beautiful. I smile thinking back to how different our writing styles were. Joe could write a 2,000-word article with 3 paragraphs and only 3 periods. The first time I edited one of his pieces I made him send me another copy because I thought the file was corrupt. Turns out that was just his style — one that I ultimately grew to appreciate. He never knew it, but he inspired me to be a better version of myself just by being himself. Love you, Joe. Miss ya my man. P.S. I hope you’re wrong about Kellen Mond.”

“When Joe first approached me, I thought he was some rapscallion on the internet who was too good to be true. Well, that rapscallion fundamentally and singlehandedly changed my life — forever. I now write about the Vikings as my only source of income, and Joe is the only person in the world responsible for it. I earnestly think about him every day — almost hourly because of the nature of our work — and am solemnly grateful that he found me. He could make me laugh with a single sentence, usually of the self-deprecating variety. Our exchanges were always via text message or Zoom, so I sometimes feel like he’s still there and not truly gone. He’d probably make fun of my denial. We do our damndest to keep his vision for the sites alive, and with every article I publish, I run them through a would-Joe-do-this litmus test. My mourning for the loss of Joe continues and is equivalent to that of a brother. When the Vikings eventually win a Super Bowl, I will be convinced he had something to do with it from up in the sky.”

Joe’s mother wrote about her son last year. You can read that here. And after his passing in 2021, Baker shared more about Joe here.