When the Vikings hired Kevin O’Connell as their new head coach this February, it was viewed as an opportunity for a fresh start. Mike Zimmer is undoubtedly a good coach who had a successful NFL career, but it was also clear that after eight years in Minnesota, his gruff approach had begun to fall on deaf ears. Around six months later, Kevin O’Connell is officially the favorite to win the NFL’s Coach of the Year award for 2022 season on BetOnline.ag. Here are the top five odds on the site:

O’Connell leads a Vikings team that is doing its best to balance competing right now while also balancing for the future and being able to take “multiple bites at the apple” as general manager Kwesi Adofo-Mensah would put it. Considering the Vikings went 8-9 in 2021 and missed out on the playoffs by one game, the Vikings not only have to make the playoffs in 2022 for O’Connell to win the award, but they likely have to win the division and earn one of the top playoff seeds in the NFC.

In two of the last three years, the team whose coach won the award earned the No. 1 seed in their respective conference. Since 2006, only two coaches have won the AP Coach of the Year award while winning just 10 games. Those coaches were Sean Payton with the Saints in 2006 and Marvin Lewis with the Bengals in 2009.

That said, this is a lot of faith to put in a Vikings team that still has to compete with the Green Bay Packers in their own division, the reigning Super Bowl champion LA Rams play in the NFC, and Tom Brady is still quarterbacking the Tampa Bay Buccaneers. I am on record predicting the Vikings will win 11 games, but that it will ultimately only earn them a wild card spot in the conference. We shall see if that is enough to give O’Connell the award over coaches like Sean McDermott in Buffalo or Brandon Staley with the Chargers. 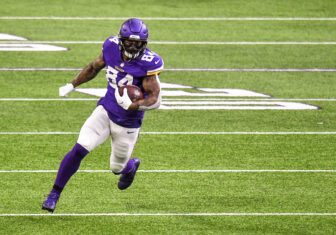