Vikings Territory works in partnership with PurplePTSD, similarly doing their utmost to put forth excellent Minnesota Vikings content. As a result, we occasionally promote what they have to offer. Take a look at five of their articles from the early part of the week.

1) Pro Bowl Voters Love the Vikings: What’s not to love? Justin Jefferson is a top 10 player in the NFL. The team also boasts a QB1 who is winning a ton, a great pair of edge rushers, and a very talented running back.

2) Cameron Dantzler Provides Injury Update: Getting him back onto the field is massively important. That being said, it’s similarly important to keep him on the field (especially with the Andrew Booth Jr. news). Combined, Patrick Peterson and Cam Dantzler are a fine starting tandem.

3) Is Kevin O’Connell the Coach of the Year?: He certainly has to be under consideration. There are others who deserve consideration (Nick Sirianni, Mike McDaniel). Regardless of what happens, we should acknowledge that coming to Minnesota wasn’t easy. He was given a mandate to win in the present. So far, he has more than succeeded.

4) Kirk Cousins is Earning a Robust Contract Extension: The man has been playing well in 2022. I know he has had some struggles in the past and that he has many critics (I’ve been among them). What’s not debatable, though, is whether he has been clutch in 2022. He has been excellent in this regard.

5) Greg Joseph’s Issues are Fixable: I certainly hope so. Minnesota’s kicker has struggled, and the most recent game saw some more evidence of those struggles. Missing the extra points can take the wind out of the team’s sails. I’m cheering for Mr. Joseph to get back on track. The team needs him. 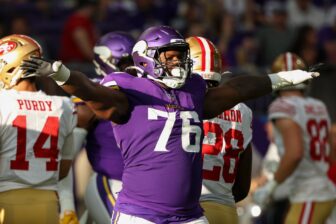