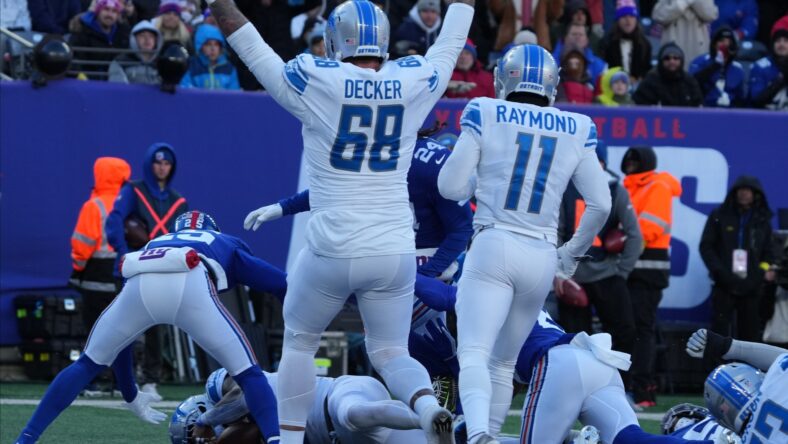 Week 11 ended up being a rather strange one across the NFC North. There were two games that ended in blowouts, and not in the way that anyone could have expected.

These results included the Lions’ jumpstart offense, which looked much closer to the one that we saw over the first few weeks of the season, and they blew out the New York Giants. Today, we get into that game, and all the other action that occurred across the division this week.

Once again, the Chicago Bears relied on Justin Fields to provide most of their offensive production. The young QB tried to put some heroics together down the stretch, but a late interception stopped Chicago in its tracks.

The Bears ended up losing to Atlanta, 27-24, but Fields continues to progress into a quality QB. He passed for 151 yards on 14-of-21 passing while also rushing 18 times for 85 yards.

At the end, it really should have been enough if the special teams didn’t allow Cordarrelle Patterson to return a kickoff for a touchdown.

Week 12 sees the Chicago Bears heading back on the road to take on the New York Jets.

The Detroit Lions are now on a three-game winning streak after defeating the New York Giants on the road, 31-18. Jamaal Williams was the catalyst for Detroit’s offensive outburst, scoring three touchdowns on the day.

As for the defense, Detroit has improved from being one of the worst units for much of the season. In two of the past three weeks, their opponents have failed to score 20 points. For a Giants team that has done a good job of taking care of the ball so far this season, the fact that the Lions were able to force three turnovers is impressive as well.

This week, Detroit heads back home and hope to remain in second place in the NFC North as they host the Buffalo Bills.

A week after declaring that the Packers were “not dead” after beating the Dallas Cowboys in overtime, the final nail may have been placed in the coffin on Thursday.

The Packers fell to the Tennessee Titans, 27-17, on Thursday Night Football, and per usual, it was the Derrick Henry show for Tennessee. He recorded 132 yards from scrimmage, scored a touchdown, and passed for another.

For Green Bay, the positive to take away from this game is that Christian Watson continues his development into a WR1 type player. He scored two more touchdowns on Thursday and caught four passes for 48 yards.

The main problem, though, remains the inexplicable defiance to consistently run the ball. Green Bay rushed just 19 times in the game, and after breaking 200 yards rushing in back-to-back games, they recorded just 56 rushing yards in Week 11.

This week, the Green Bay Packers head on the road to take on the Philadelphia Eagles on Sunday Night.

There’s no way around it. The Minnesota Vikings got run off the field on Sunday against the Dallas Cowboys. They were dominated in the trenches by Dallas, and Kirk Cousins was sacked a career-high seven times.

On the other side, Ezekiel Elliott and Tony Pollard combined for over 200 yards from scrimmage, carrying the Cowboys to their 40-3 victory.

Making matters worse for Minnesota, their star left tackle Christian Darrisaw left with his second concussion in as many weeks. Head coach Kevin O’Connell has already ruled him out for Thursday’s game against the New England Patriots. 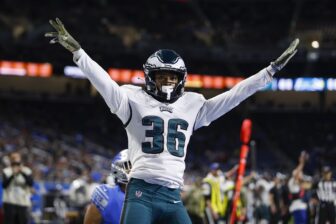