Kris Boyd Has a Message for Vikings Fans 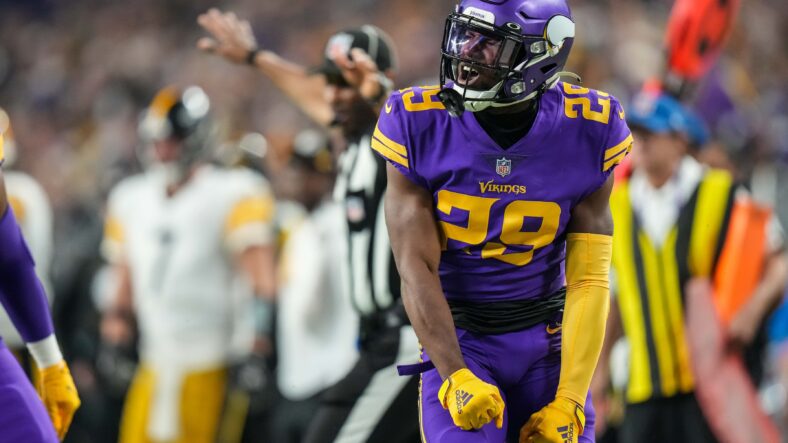 Typically, a big win against a conference rival is a cause for celebration. This is especially so for a player who performed very well and had one of the key plays of the game to help the Minnesota Vikings beat the New Orleans Saints in London. Nevertheless, amidst the aftermath of Minnesota’s narrow 28-25 victory over the Saints, Kris Boyd had a message for Vikings fans that he needed to get off his chest. A few hours after the win, Boyd typed out this tweet and sent it off into the Twitter-verse:

Boyd certainly has a point. The Minnesota Vikings come into Monday morning sitting at 3-1, at the top of their division, and they’re the No. 2 seed in the NFC. Though the process hasn’t always been pretty, the Vikings are finding a great amount of early season success regardless.

Between last-minute scores against the Detroit Lions in Week 3 and now the Saints on Sunday, Minnesota is coming through when it matters most. Boyd in particular had a strong game, specifically on the special teams where, on a Deonte Harty punt return, he knocked the ball free and recovered the fumble. This allowed the Vikings to score once again and extend their lead over the Saints in the second half.

All fans should be excited about Minnesota’s strong start, but unfortunately, it’s the nature of the beast that is the Internet where people always find a reason to be unsatisfied.

Echoing Boyd’s sentiment was fan-favorite rookie CB Akayleb Evans. The rookie played well in the snaps that he got on Sunday too, and he defended Boyd’s post with this:

Now, in defense of some fans that may be hesitant to crown a 3-1 team, this is understandable given the history of the Minnesota Vikings franchise. The last time the Vikings started a season 3-1, they ended that 2016 season at an underwhelming 8-8. Over and over again, throughout the course of history, the Vikings have fallen just short of being a terrific team.

Some fans have grown cold as the years wear on, and yet, there are countless others who root for the team unconditionally. After taking a bit to seemingly cool down, Boyd tweeted again, this time in gratitude for those fans that always have the team’s back:

No one truly knows how the rest of this season will go for the Minnesota Vikings, but a 3-1 start is reason to be excited. This week, the Vikings head back home to U.S. Bank Stadium to take on the division rival Chicago Bears, and they’ll need as many fans in the seats as possible to get that job done.