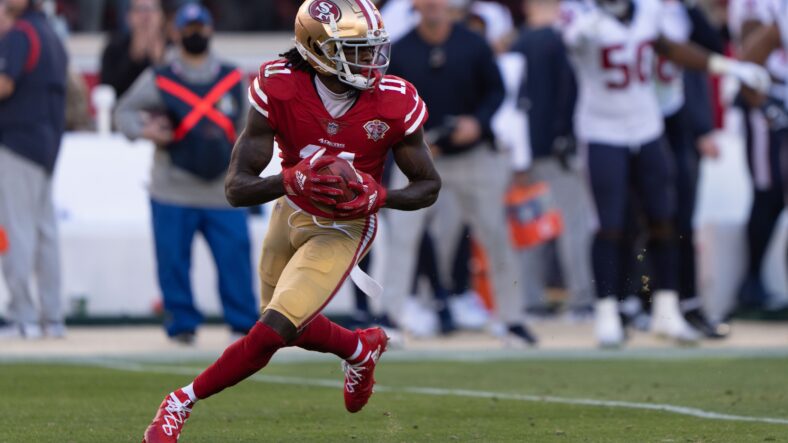 For the most part, training camp and the preseason involve a lot of practices going up against one’s own team. Being able to switch things up by going against another team must be a welcome change of pace for both the players and coaches. This week, the Vikings will host the 49ers for some joint practices.

San Francisco went deep into the playoffs last season. They took down the Packers in the divisional round, much to the delight of Vikings fans. In the NFC Championship Game, they lost to the Rams, the team that eventually won the Super Bowl. They’ve now decided to move away from Jimmy Garoppolo in favor of Trey Lance, the sophomore QB who they drafted 3rd overall in 2021.

Of course, San Francisco has a lot more talent throughout the rest of their team. Deebo Samuel is a sensational wide receiver. He’s joined by Trent Williams, George Kittle, Brandon Aiyuk, and Kyle Juszczyk on offense. The defensive depth chart is also impressive. Arik Armstead, Nick Bosa, and Fred Warner are all great players. Matching up with Armstead and Bosa will be a really good test for the offensive line.

Meanwhile, Minnesota will be offering its own top talent. Indeed, the Vikings have a lot of stars on their roster, so San Francisco will similarly face some challenges this week. Ideally, both teams leave the practices feeling like their own team got better. The coaches, moreover, will be looking to identify areas where their own players still need to improve.

On the weekend, the joints practices will be done, but the Vikings and 49ers will get another shot to play against each other. Minnesota’s next game takes place at U.S. Bank Stadium as they host San Francisco. Kickoff is scheduled for 6 p.m. CT.