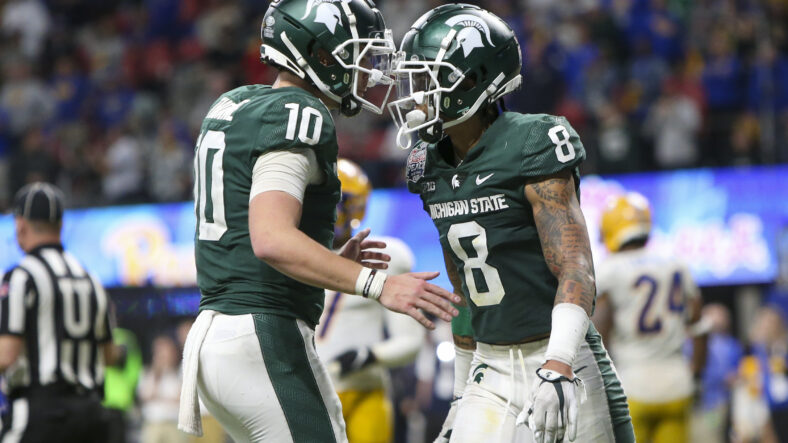 First, I’ll explain that the pun in the title is fully intentional. Second, I’ll explain that I’ve long thought that the team would be keeping Jalen Nailor on their final roster. The former Michigan State WR has a chance to enter the season as Minnesota’s WR5, making him a part-time player on offense and (ideally) a contributor on special teams.

I started thinking about his role on the team after seeing a Twitter thread from Thor Nystrom. Take a look at the receiver getting wide open down the field:

The key to the move is getting Andrew Booth Jr. to open his hips in the wrong direction. Before breaking inside, Nailor makes it look like he’s heading toward the sideline. Instead, he cuts back in, leaving ABJ to turn around as he tries to keep up with the speedy wideout burning it down the field. It’s a great rep from the receiver and a rough play from the corner.

Nystrom goes on to relay some info about Nailor’s athleticism:

Thor goes on to note that Jalen Nailor is actually much faster than his forty. If that is indeed the case, then Minnesota may have gotten a steal.

Recently, the young receiver expressed his confidence in his speed:

The Vikings’ roster features Dan Chisena and Kene Nwangwu, so being able to snag the top spot is ambitious. I’ll need to see him play before I’m willing to say that he’s as fast – or even faster – than those two.

During college, Nailor put together some strong numbers. Last year, he had 37 catches for 695 yards and 6 TDs. Getting so many TDs on so few receptions is a positive. Plus, the per-catch average is what really stands out. 18.8 yards per reception is impressive, especially considering that this average was actually higher – 19.8 yards per reception – in 2020.

The Vikings have an abundance of talent at wide receiver, so Jalen Nailor is competing for a depth role. Where he can complement the broader roster rests in his capacity to be a deep threat. Part of the reason why I’m enthused about Ihmir Smith-Marsette is because he has the capacity to get open deep. If Nailor is similarly capable of torching the secondary, then Minnesota’s offense will find itself in an even better situation.