A Veteran Packers Wide Receiver Is Doubtful for Sunday 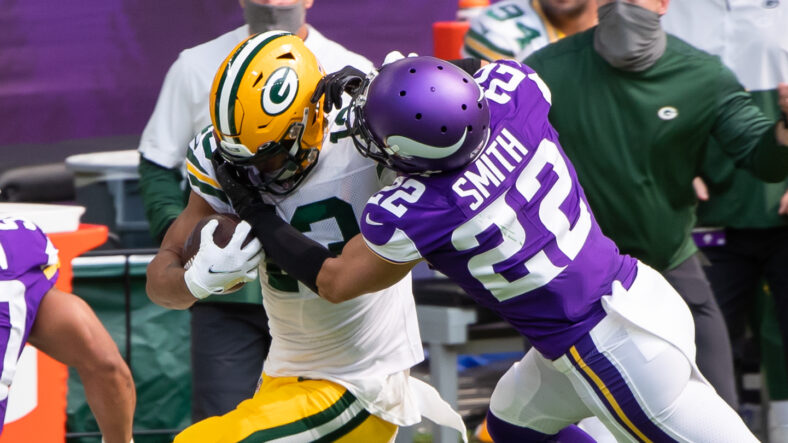 The Green Bay Packers had to try and rebuild their wide receiver room this offseason after trading away Davante Adams and losing Marquez Valdes-Scantling. Green Bay looked to the 2022 draft and found a pair of very promising receivers in Christian Watson and Romeo Doubs. They also added Sammy Watkins in free agency to help maintain a veteran presence at the position. That said, the Packers wide receiver group looks like it might be down a vet for kickoff on Sunday as Allen Lazard is doubtful to play tomorrow.

In an offense filled with stars, Lazard often went overlooked over the past few years. However, he’s played a crucial role in the Packers success, especially as a red zone presence.

Over the past three seasons, Green Bay went 7-0 in games that Davante Adams did not play in. Lazard played in five of them, including a 2020 performance against the New Orleans Saints where the Packers receiver caught six passes for 142 yards and a touchdown. 2021 was a real breakout season for Lazard, starting 13 games for Green Bay and nearly tripling his career-high in receiving touchdowns, bringing the mark from three in 2020 all the way up to eight.

The Packers may be down a receiver for Sunday, but they should add some more veteran presence to the offense against the Vikings this week. The Packers confirmed that Robert Tonyan will play this weekend, and it’s becoming increasingly likely that both David Bakhtiari and Elgton Jenkins will be there on the offensive line. Bakhtiari missed most of the 2021 season, including Green Bay’s playoff loss to the San Francisco 49ers, while recovering from an ACL tear.

The Packers and Vikings kick off their 2021 seasons in U.S. Bank Stadium at 3:25 PM tomorrow.