3 Free Agents for the Vikings to Consider Before Training Camp 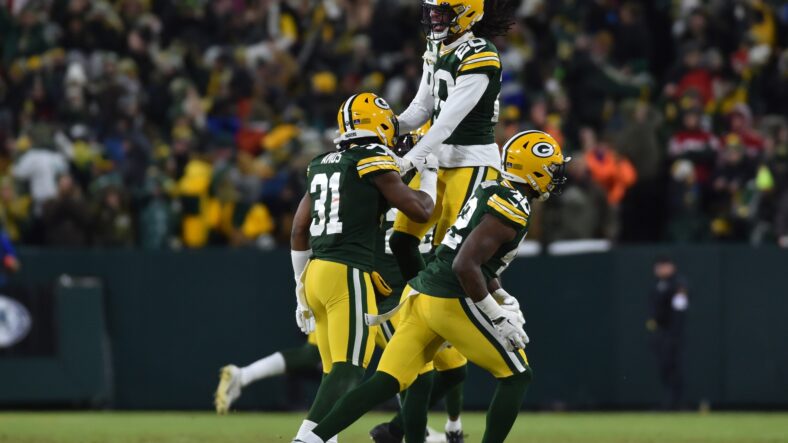 Quite often, teams will sign talent during training camp and the preseason. Trades are also a yearly occurrence as teams try to get value for a player they’ll be cutting anyhow. The point, folks, is that even during the later stages of the offseason, talent acquisition is still important. The Vikings may be interested in being one of the teams to add talent, especially since there are some notable free agents available.

Recently, we’ve discussed how J.C. Tretter is still out there and the Ndamukong Suh rumors, so we won’t cover them. We’ve also taken a look at the salary cap and how cap room can be created. We won’t re-cover those topics in this piece. Instead, we’ll focus in on 3 players who Minnesota could consider adding.

To help with this piece, I’ve looked at the Spotrac free agents list. Info from PFR and PFF was also helpful.

The Vikings, Free Agents, and 2022 Contention

He’s now 33, but he finished as the 30th-best edge rusher in the PFF rankings last season. In 2019, he was their 3rd overall pass rusher. That kind of strong play may never return, but he still has some ability to be a contributor, especially if he’s backing up Danielle Hunter and Za’Darius Smith. He had 8.5 sacks last season, though he only played in 38% of the defensive snaps for Seattle. In Minnesota, he’d similarly be tasked with a limited role.

It seems that Green Bay Packers fans aren’t particularly enthused about their former corner. The appeal for Minnesota, though, may be there. King is still young – 27 – and was a former second-round pick. He previously played for Mike Pettine, the assistant HC in Minnesota. He’s 6’3, so he ought to be able to matchup with taller receivers. In 2019, he had 15 passes defended to go alongside 5 interceptions. He’d come in to compete for primary backup duties in Minnesota. Having someone with a history of production, youth, and starter experience as a CB4 is just fine.

I’ve long been in favor of adding someone who can fly down the field. A true deep threat would help keep defenses honest, potentially creating even more challenges as teams try to corral Justin Jefferson, Adam Thielen, and Dalvin Cook. Of the three free agents for the Vikings, Fuller is perhaps the most unlikely. He has missed time in all of his seasons since being taken in the first round of the 2016 draft. In fact, he was only in on 2 games last year. In 2020, he did put up 879 yards with a 16.6 yards per reception average. Last year, 16.6 yards per catch would have been fifth-best in the NFL.

The Vikings are likely considering various free agents at this stage. Their cap room isn’t infinite, so don’t expect them to go on a spending spree. Nevertheless, the team does have the capacity to add another player or two. As the season gets closer, we could see Kwesi Adofo-Mensah increase the competition by bringing in another player or two in an effort to further push the team toward contention.