The Vikings Will Rely on New Faces in Week 1 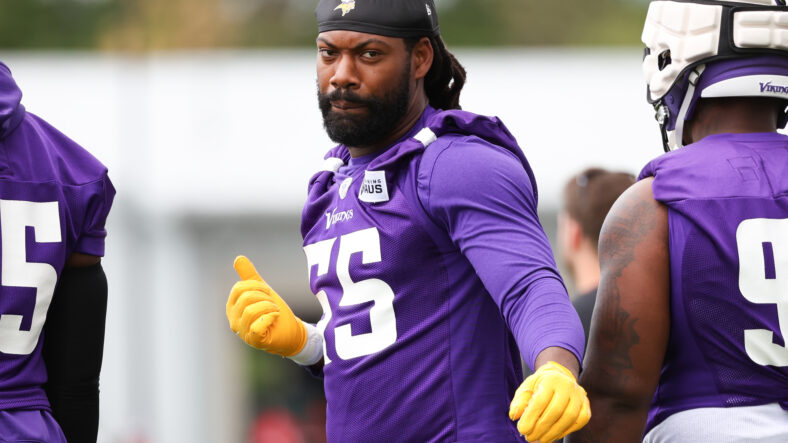 Week 1 of the NFL season is almost here, and one of the most anticipated matchups of the entire weekend is the NFC North rivalry in Minnesota between the Vikings and the Green Bay Packers. In order for thm to pull off an upset this weekend, the Vikings will rely on multiple new faces on both sides of the ball. Here’s what to expect from some of them on Sunday afternoon.

First and foremost, the Vikings were able to turncoat one of the Green Bay Packers star defenders over to their side this offseason. Pairing Za’Darius Smith with Danielle Hunter on the Vikings defense potentially creates one of the most fearsome pass-rush groups in the league. The only caveat is these players have had serious injuries within the past 12 months. That said, Smith will play a huge role as an enforcer in the trenches against his former team.

Between Dakota Dozier and Oli Udoh, the past two seasons have seen some very underwhelming play at the right guard position for the Vikings. Minnesota whiffed on a solution when they took Wyatt Davis in the 2021 draft, but they seem to have hit a home run with Ed Ingram in 2022.

The LSU product snatched the starting spot during training camp and did not let up. Now, he’s listed as the starter with a very talented Green Bay Packers defense first on the docket. Ingram plays a huge role in the Vikings ability to limit the production of guys like Kenny Clark and Devonte Wyatt on Sunday.

Stopping the run has not been a strong suit of the Vikings defense in recent years. Dalvin Tomlinson played as expected last season, but injuries to both Danielle Hunter and Michael Pierce were huge blows to Minnesota.

In response to this lack of run-stoppers, Kwesi Adofo-Mensah brought in nose tackle Harrison Phillips from the Buffalo Bills. Over his first four NFL seasons, Phillips has only 11 starts under his belt, but he looked incredible during training camp and in his limited preseason snaps. Now, the Vikings will rely on him to stop the two-headed monster of Aaron Jones and AJ Dillon.

In case you haven’t yet caught on that this new Vikings leadership didn’t think the defense was good enough to win, here’s a third veteran that Minnesota added to the defensive side of the ball. Jordan Hicks is important to the Vikings scheme for multiple reasons. Not only is he the most underrated impact defender the Vikings have going into the season, but he is key to Minnesota’s new 3-4 defense.

He and Eric Kendricks roam the middle of the Vikings defense to limit the mid-range passing game. With some rookie receivers in the Packers lineup, and some young players in Minnesota’s secondary, Hicks’ ability to play a pass coverage role alongside Kendricks will limit the easy completions for Aaron Rodgers.