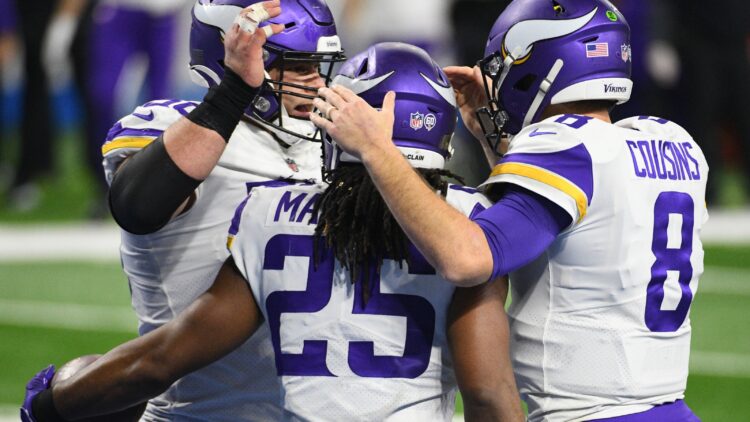 Dalvin Cook, unless something unforeseen happens, will be Minnesota’s RB1. He wasn’t great last year – he finished as the 42nd RB out of 62 on PFF – though he has previously been a sensational player. It’s possible that injuries slowed him, and perhaps Klint Kubiak could have done more to make life easier. Regardless, Cook is a very good RB who will get a ton of touches. All of that leads to the main question: what kind of role can we expect for backup Alexander Mattison?

It’s easy to forget that Mattison is still only 24. He was brought into the league in 2019 as a third-round pick. At the time, there was some concern that Minnesota reached for the Boise State RB, but the team’s leadership clearly liked him. In 2020, he finished as the 9th-best RB on PFF, but he dropped down to 54th last year.

Where I’m most enthusiastic about Alexander Mattison is in his capacity to help on passing downs. He is underrated in this regard. Last year, he turned 39 targets into 32 catches for 228 receiving yards. 10 of those catches went for first downs. One of the craziest things is that PFR has Mattison at 0.1 yards in his average depth of target. He had to earn 238 yards after the catch to get his 228 receiving yards, a confounding reality that makes one wonder about the play calling. He had a drop last year, the first of his career.

I believe Mattison is a near lock to be on the team, though reasonable minds can disagree. A large part of my rationale is simply that he’s better than what he showed last season and the team has an injury-prone starter. It’s also worth noting that it’s entirely possible the team moves on from Cook heading into 2023. The team can save nearly $8 million by cutting him next year. I recognize that Mattison will be a FA next offseason, but it’ll certainly help to see what he can do in the O’Connell offense.

Making it a priority to integrate Alexander Mattison might be best for the offense. He’s neither as explosive nor as elusive as Cook. Nevertheless, he can be a strong player, someone who can handle more touches than he has through his opening three seasons. I expect him to prove that he’s better than what he showed in 2021.