Pertinent Purple Topics: Can Brian O’Neill Become an All Pro? 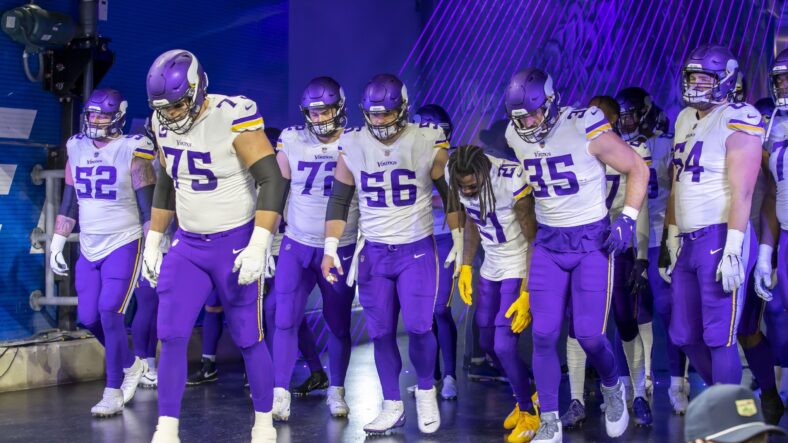 Becoming a first-team All Pro means one has ascended to the very top of one’s position. Last season, there were a few rumblings of Brian O’Neill getting All Pro recognition. With a new head coach calling the shots on offense, it’s possible that O’Neill takes the next step, firmly distinguishing himself as one of the game’s preeminent RTs.

Admittedly, this question won’t be at the forefront of the coaching staff’s collective mind. Regardless of what happens in the All Pro voting, Brian O’Neill will be the starting RT in Minnesota. Since coming into the league in 2018 as a second-round pick, O’Neill has been rock solid for the Vikings. Take a look at his PFF grades over that timeframe:

Obviously, the more modest grade in 2021 isn’t what we want to see. One has to wonder, though, if the constant changing at OC and the rough moments from Klint Kubiak impacted things. It’s also worth mentioning that the RG spot hasn’t been good in a long time. If the iOL ends up improving, then O’Neill’s job will have gotten easier. I have hope for Chris Reed.

O’Neill is going to tasked with slowing some great pass rushers to begin the year. Being able to rely on the RT to shut down his man with consistency and without much help will allow Kevin O’Connell to devote his attention elsewhere. Springing a leak on the right side, in contrast, would present an expected hurdle.

One thing that’s encouraging is that O’Neill has played the vast majority of the offensive snaps in recent years. He was in on 99% of the snaps in 2020 and 100% of the snaps in 2021. An area he can improve on is penalties. Last season, he had 5 total penalties, 4 of which were false starts. Everyone makes mistakes, so we can’t expect perfection. Nevertheless, a false start penalty is often the result of losing focus in the moment. He has the length and athleticism to keep up with explosive edge rushers, so he shouldn’t be overly concerned with trying to cheat to get to his spot in pass pro.

Whether or not he snags All Pro honors, Brian O’Neill will be an integral part of the Vikings offense. Some better play at the RG spot, improved play calling, and personal growth may be enough for the rest of the NFL to recognize how good of a player he is.