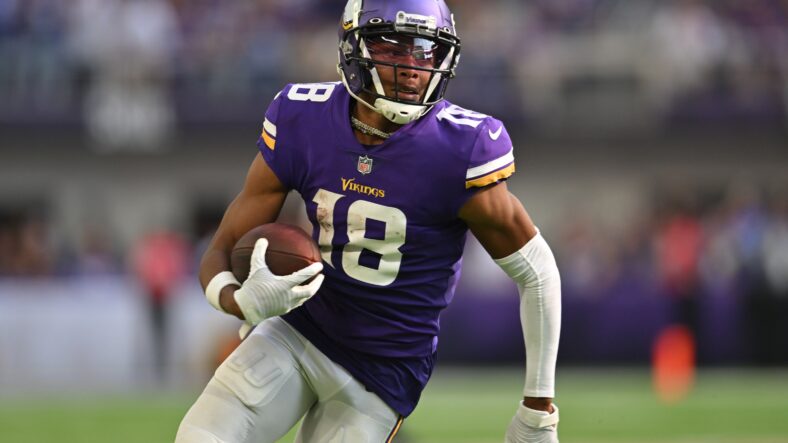 With Week 2 getting started tonight, it’s time to put some picks on the record to laugh at next week. Week 1 got us off to a strong start as the picks went 5-2, including the big moneyline pick on the Minnesota Vikings. We’ll see if the Vikings hot start, and our hot start, can continue into this weekend. Below you’ll find the full list of Week 1 picks, our overall season record, and then we’ll hop into the picks for Week 2.

After seemingly everyone predicted their downfall this offseason, the Chiefs didn’t seem to miss Tyreek Hill at all in Week 1. Turns out, Travis Kelce is still good at football and integrating another WR1 in JuJu Smith-Schuster didn’t tank them. Some of their success may be attributed to the fact that the Cardinals defense simply isn’t good, but we’ll talk about that later.

As for the Chargers, the same problems that plagued them in 2021 have continued into 2022. They simply play too conservatively for long stretches of the game. They jumped out to a two-score lead on the Raiders halfway through the third quarter and didn’t score for the rest of the game. In fact, over their final five drives of the game, LA recorded just two first downs.

Ultimately, this concerning trend from the Brandon Staley-led Chargers forces me to pick the Chiefs in this game. Kansas City’s offense is an overwhelming force, and while LA has the potential to be in the same tier, their drives fizzle far too often. That said, these two teams have combined to score at least 54 points in three of their last four matchups at Arrowhead, so I’ll take the over as well.

For reasons that go beyond my understanding, the Buccaneers are once again favored in a matchup with the Saints. Since Tom Brady went to Tampa Bay in 2020, the Saints are 4-0 in the regular season against this team, including a shutout 9-0 victory in Dennis Allen’s game as the interim head coach last season.

Tampa Bay’s offense did not look good in their win over the Dallas Cowboys, especially when Chris Godwin left the game. Drives consistently flamed out down near the red zone, which was predictable considering they no longer have Rob Gronkowski and instead are giving targets to Julio Jones.

Tampa’s defense was terrific against Dallas, but that team does not have the same weapons as New Orleans, especially if Alvin Kamara is ready to go. The Saints offense came alive in the fourth quarter against Atlanta, and that feels like the team we will see more often than not this year.

Given the recent history between these two teams and concerns with Tampa’s offense, I’m leaving the points on the board and going for the gusto. Give me the Saints money line at +125.

Ladies and gentlemen, I think the Arizona Cardinals might be bad. I didn’t expect much from their defense, but I did think they’d put up at least a little bit of a fight at home against the Chiefs. I certainly didn’t expect such a poor performance that PFF would be forced to give Patrick Mahomes a very average grade because of how wide-open his receivers were.

Maybe I have a grudge against Arizona for making my pick lose last week. Maybe I’m just jealous that Kyler Murray gets to spend most of his day playing Warzone. Either way, I’m picking the Las Vegas Raiders to cover.

Unless the Chargers and Chiefs manage to tie tonight, someone in the AFC West will be 2-0 by the time the Cardinals and Raiders take the field. The Raiders know that they can’t afford to dig themselves a two-game hole in this division, and I expect them to come out firing on Sunday.

How funny would it be if the Bears won this game? The Green Bay Packers came out completely flat against the Minnesota Vikings, and Aaron Rodgers may need an ayahuasca refill after watching Christian Watson drop a 75-yard touchdown pass.

The Bears also looked horrible during the first half of their game against the 49ers, but as the field went underwater, Justin Fields caught fire in the second half. He consistently evaded San Francisco pass-rush and extended plays with his legs, including a 51-yard touchdown pass to Dante Pettis.

That said, this is still Sunday Night Football, and it’s hard to bet against Aaron Rodgers in primetime regardless of the opponent. When it’s a game at home against the team that he owns, that choice becomes irrational. Give me the Packers -10 on Sunday night.

As good as the Vikings start to the season was, this Eagles game is scary. The Vikings do not have a good track record on Monday Night Football, nor do they have a good track record against the Eagles. Justin Jefferson had his fingerprints all over the Week 1 win over the Green Bay Packers, but will he be able to do that same thing against a secondary that doesn’t have any weaknesses? It certainly won’t come as easily.

As for the Eagles, they came out of the gates hot. It’s easy to retrospectively knock them for allowing the Lions to score 35 points, but the fact that Philadelphia scored 24 points in the second quarter and jumped out to a big lead, it’s less egregious.

For both sides, this game could come down to how well the run defenses hold up. Philly allowed nearly 10 yards per carry to Detroit. Meanwhile, the Vikings let the Packers run for 6.2 yards per rush, and Ed Donatell has a particularly troubling history against mobile QBs.

Minnesota jumping out to a 2-0 start against a pair of 2021 playoff teams simply feels too good to be true. Because of that, and my belief that Jalen Hurts will light up this Vikings defense, I’m taking the Eagles -2. If this is the one pick that I get wrong, though, I’ll be fine with it. 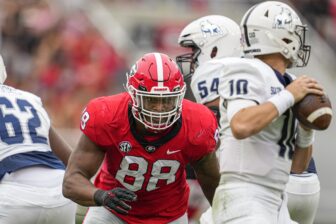 Also Read:
A Look at the College Football Playoff Picture Through Two Weeks