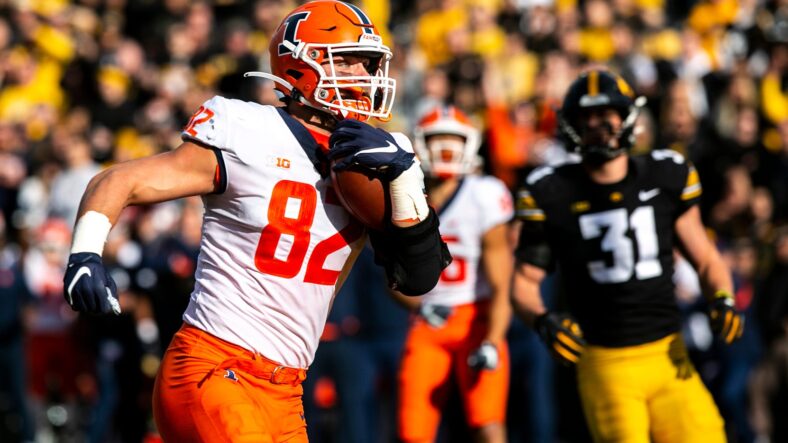 It has been some time since we’ve gone over a college football program on this website. Part of that was a planned break before Vikings training camp began, and then the remainder of it was completely unplanned as yours truly tried to bounce back from Covid before hitting the writing again. That being said, we are back to our regularly scheduled programming and will be bringing you daily collegiate football previews for the foreseeable future. We’ve gone over many of the teams in the AAC, ACC, and now we are in the midst of our Big Ten preview. In the return of this daily series, we will discuss the Illinois Fighting Illini.

The Illinois Fighting Illini have not finished a season with a winning record since the 2011 season where they went 7-6, earned a No. 16 ranking during the season, and ended the year with a Fight Hunger Bowl win over UCLA. Over the past decade, Illinois has not played much relevant football, especially within the Big 10.

That said, 2022 looks like a year of promise for the Fighting Illini as Bret Bielema returns for his second season as the head coach. A difficult schedule awaits them, and a nearly brand-new offensive line needs to pan out, but the Illinois football program seems very close to regaining relevance within the Big 10 conference.

Yes, Illinois manages to avoid the Ohio State Buckeyes in 2022, but they get matched up with just about every other contender in the Big 10. Not to mention, they also have to play both Wisconsin and Michigan on the road, two programs with sights on being among the top-10 teams when the season wraps up.

That said, the defense held up nicely in 2021 even despite some of these very same matchups. If the offense can get any better this year, perhaps some of these games could be interesting.

After Illinois ranked among the bottom in the nation in scoring offense (averaging just 20.2 points per game), offensive coordinator Toney Pedersen was fired. In his stead, head coach Bret Bielema hired Barry Lunney to run the show in 2022. Bielema and Lunney coached together in Arkansas when Lunney was Bielema’s tight end coach, and Lunney most recently was the offensive coordinator for UTSA in 2021.

The Fighting Illini offense has revolved strongly around the running game in recent years, with Chase Brown as the lead back and a handful of capable reserves. Lunney should hope to get more out of Syracuse transfer Tommy DeVito at quarterback in order for Illinois to get a more balanced attack on that side of the ball.

Illinois has been a program that consistently provides capable NFL talent, despite not always being very competitive. This year, one player that looks to continue that trend is senior tight end Luke Ford. In recent years, offensive coordinator Lunney has developed NFL talent at the position like current New England Patriot Hunter Henry. Ford recorded his first two career touchdowns during 2021, and the athletic tight end looks to continue developing in this area of the offense.

With Irv Smith entering free agency following the 2022 season, tight end may be a position that the Vikings need to look at in the 2023 draft. Ford is a guy that can do it all for a team on offense. He came into the Illinois program with terrific blocking skills in both the pass and run games, but he has continuously improved his receiving ability as his collegiate career has progressed. 2022 is a big year for him, and if he comes through with a new QB and offensive coordinator that comes with a background of developing tight ends, the Vikings should be keeping an eye on this guy. 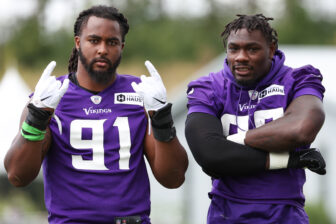 Also Read:
Position Battles to Keep in Mind as the Vikings Pad-Up Today