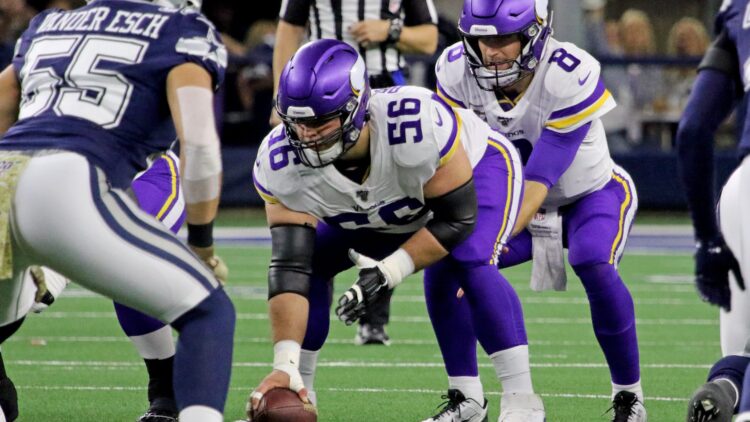 Last season, things with Garrett Bradbury finally hit a breaking point when he was benched following the Vikings Week 8 loss to the Dallas Cowboys. The center was drafted in the first round of the 2019 draft and was expected to finally solve the Vikings woes at center. Obviously, that has not been the case as Bradbury has continuously been a thorn in Kirk Cousins’ side as a pass protector and watched from the sidelines for four games of the 2021 season. It seems these struggles have continued into training camp ahead of the 2022 season.

During the Vikings first practice with pads, reports out of camp said that Garrett Bradbury had a very difficult time, particularly with nose tackle Harrison Phillips. It’s great to hear that Phillips has come into camp in shape and ready to go, especially considering how much the Vikings run defense has struggled in recent years. However, the negatives may outweigh the good in this situation with Bradbury.

There was reason to believe that things would be different with Bradbury this year. He came back from the benching with a seemingly better attitude and some clarity. That was backed up with some improved play, particularly against teams like the Pittsburgh Steelers.

Then coming into OTAs, Bradbury himself said that he had turned himself into a bigger man, literally. He stated that he had put on about 10 pounds during the offseason, and that was supposed to help him hold his own against bigger defensive linemen, you know, like Phillips.

Turns out that the extra poundage has done very little, at least right now. So that begs the question, what will Minnesota do if Bradbury is just his same old self? Well, they have some other options. Firstly, Austin Schlottmann was signed with the intention of being the backup center. They could theoretically throw him out there and see what happens.

There’s also the possibility of a Chris Reed appearance. Jesse Davis seems to be the favorite at right guard at the moment, no matter how fluid the position is. If he indeed locks that spot up, Chris Reed is an option at any of the three interior offensive line spots to fill in when needed. Per Arif Hasan of The Athletic, the veteran lineman has been lining up with the second team at center. One can only assume that this means he is next in line for that center spot if Bradbury doesn’t work out.

For now, the job remains Bradbury’s, though. Perhaps it was just one bad day of practice, and the coaching staff isn’t too concerned about it. There’s also a chance that this is more about Phillips than Bradbury, and perhaps he emerges as a terrific nose tackle this year. We won’t know for sure until we get to see the Vikings take on other teams, and their first preseason game isn’t for 11 more days. 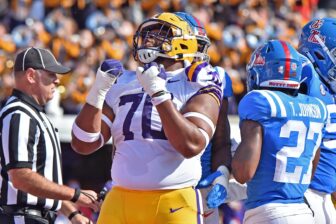 Also Read:
The Plan for Ed Ingram is Becoming Clearer