Could the Solution Really Be a One-Year, $45 Million Deal? 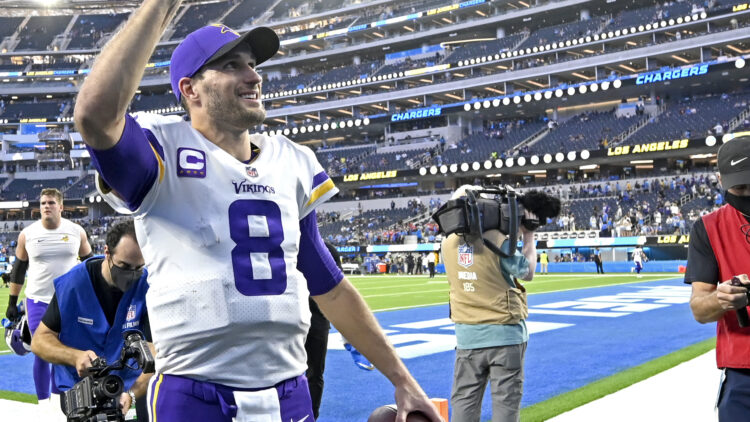 For the most part, Vikings writers and fans have assumed there are only two options with Kirk Cousins: trade or extend. The reason for this assumption is the reality that both options involve cap relief for the immediate. The Wilfs were very clear about their desire to compete in 2022, so that means clearing enough cap space to retool the roster on the fly.

So far, the news about Vikings cuts, extensions, restructures, and/or trades has been non-existent. That will need to change by necessity. Free agency begins in a little over a week.

Now, some have explored what the offseason could look like if the Vikings opt to keep Kirk Cousins. Moves are still possible, though the signings aren’t for the headline-grabbing players. Retaining Cousins means signing tier-2 free agents.

In the past, Cousins has often expressed his comfort for playing on one-year deals. He did so twice in Washington under the franchise tag. Though risky, it worked out for him in the end. Following two years of pretty good play and compensation, Cousins signed the huge 3-year, $84 million deal in Minnesota. He then signed the extension that puts the Vikings on a collision course with a $45 million albatross.

In his combine presser, Kwesi Adofo-Mensah indicated that he has begun speaking with Kirk Cousins’ agent, noting that his intention is to do what’s best for the Vikings and that KC will do what’s best for KC. He also said there’s a middle ground that could work well for both sides.

Could it be that what’s best is to let the deal expire following 2022?

One thing that teams have done in the past (see Belichick, Bill) is to allow their players to get to free agency. The market then decides how much money they ought to be paid. It’s at that time that the team can swoop in with an offer. So, in this instance it could mean Cousins playing on the final year of his deal. Next offseason, he could reach the open market. Once Minnesota knows what other teams would pay, they could decide to either move on or offer their own deal.

Of course, we’re getting ahead of ourselves a little bit. The likeliest outcome is still to see either a trade or extension. I’m still thinking the team tacks on a year or two to the deal, but I’ll add that KAM hasn’t asked my opinion.

The Vikings are in a pickle, and Kirk Cousins is the reason why. He’s not good enough to consistently elevate his team, and yet he’s being paid like someone who can. Perhaps the boldest move the team could make is simply to allow him to play the 2022 season on a one-year, $45 million deal.