To this point in the season, outside of Week 5’s clunker of a game against the Chicago Bears, the Vikings special teams unit has largely been one of the best groups in the entire NFL. In particular, the emergence of Ryan Wright as a terrific punter has been stunning to watch.

In Week 6 against the Miami Dolphins, the Vikings offense could not get much done for much of the day, and as a result, Wright was forced to punt a whopping 10 times. He made the most of it, though, and he became the second Vikings special teamer to earn the NFC Special Teams Player of the Week.

If you recall, kicker Greg Joseph won the award after Week 4 against the New Orleans Saints. In that London performance, the Vikings kicker hit 5/5 field goals, including the kick that proved to be the game-winner. Granted, Joseph missed an extra-point attempt during the 28-25 win, but we were certainly willing to forgive him after his overall fantastic day.

No one wants their punter to stand out for being extraordinarily good because, well, that just means he’s on the field far too often. However, this award feels like it’s been a longtime coming for the Vikings punter. Between booming punts and fake punt passes for first downs, Ryan Wright has been spectacular for the Vikings in his rookie season.

That all culminated in his 10-punt performance on Sunday where he pinned the Miami Dolphins inside their own 20-yard-line six times, including a 73-yard bomb that landed Miami at their own 18. On another occasion, Wright stuck the Dolphins exactly at their own 20, just missing the criteria for an “inside the 20” punt.

Overall, Wright averaged 43.9 net yards per punt on the day, and the Dolphins gained just two punt return yards. This indicates that Wright has blended his punt power with hang time and ball placement very well while the Vikings punt coverage team has done a great job of giving returners no lanes to break free.

So far this season, Wright now is tied for the league-lead in punts inside the 20. He and Corliss Waitman of the Denver Broncos each have 15 such punts through six weeks. Wright also ranks tied for 10th in the league with 43.1 net yards per punt alongside Sam Martin of the Buffalo Bills.

Most impressive, he is one of only two punters to record 25+ punts this season without letting one go into the end zone for a touchback. Wright recorded 27 punts without one. Meanwhile, Braden Mann of the New York Jets has gone 28 punts without a touchback.

For a player like Wright that came into training camp as a rookie UDFA seemingly to just provide some competition to get incumbent Jordan Berry in shape, this is a fabulous emergence. Hopefully we don’t see him on the field often enough for him to earn the Special Teams Player of the Week again, but so far in 2022, the rookie punter has completely outperformed expectations. 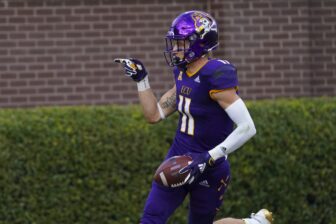