Will Kyle Sloter Get Another Shot at the NFL? 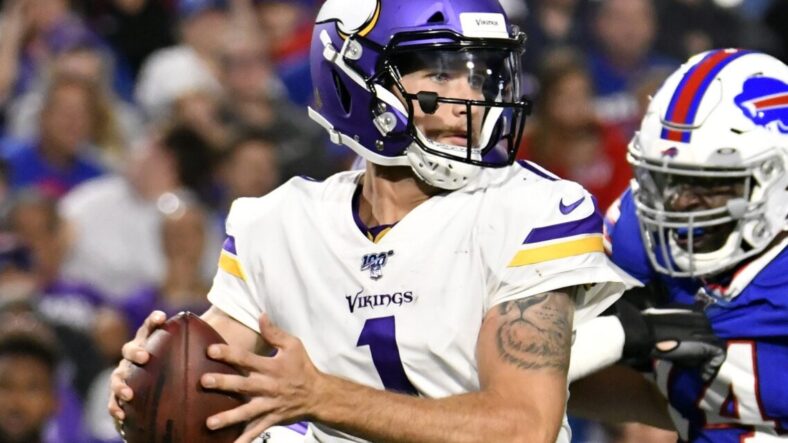 Many Vikings fans will express enthusiasm for Kyle Sloter.

The 28-year-old QB has previously spent time with Minnesota, though he has had chances with other teams. More recently, Sloter has been playing in the USFL. Apparently, he’s doing quite well:

Through six games — with his team in commanding playoff position — he leads the league in passing yards (1,318) and is fourth in passing touchdowns (7). Another former Viking, Case Cookus, is also making a dent in the USFL for the Philadelphia Stars, although not quite at Sloter’s pace.

If memory serves, Vikings fans liked Kyle Sloter because of the way he plays. He puts forth a fearless style, an approach that can endear fans to a backup. Case Keenum is perhaps the preeminent example. The 2017 season could have easily unravelled, and yet a backup with a lot of confidence led Minnesota to its best season of the past decade +. It’s therefore unsurprising that fans gravitated toward Sloter during recent preseason performances.

Quite often, teams have two philosophies when it comes to their backup QB. Some coaches prefer a player like Sean Mannion, someone who isn’t great on the field but who functions as another coach for the QB1. Still others prefer someone who is a gamer, a player who can hop onto the field and give his guys a shot. Sloter finds himself in the latter category.

Unless something peculiar happens, the Vikings will head into the 2022 season with Kirk Cousins, Mannion, and Kellen Mond as the 3 QBs. Kyle Sloter will thus have to look elsewhere if he wants to get back into the NFL.

A strong showing in the USFL may be precisely what the veteran journeyman needs. Perhaps a team in need of greater QB depth will turn to the former Minnesota Viking.

Purple PTSD Also Read: What Would Be the Most “Minnesota Sports” Result for the 2022 Vikings?