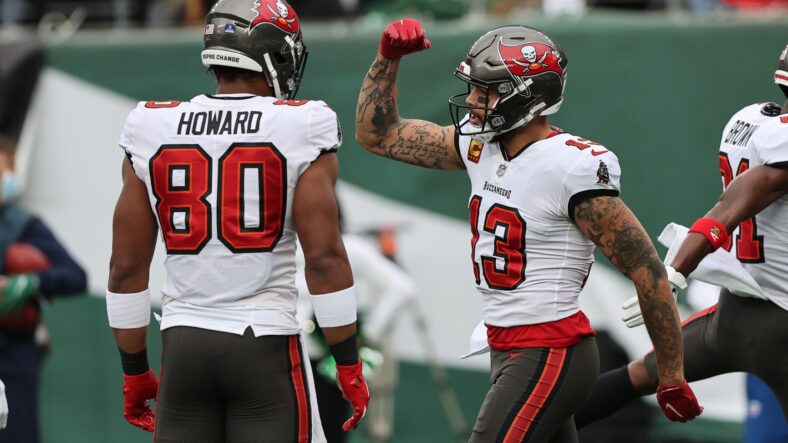 The injury to Irv Smith Jr. must leave the Vikings with at least some concern at the TE position. As a result, I’ve been wondering if they’ll look to add someone as teams trim their rosters down to 53 men. If so, perhaps they’ll look to the player who the Bills released.

According to Ian Rapoport, the Buffalo Bills have released OJ Howard.

Howard was drafted by the Buccaneers in 2017 in the first round. He went on to show a lot of promise in his initial couple seasons. He averaged 16.6 yards per reception as both a rookie and a sophomore. He piled up 11 touchdowns over those two years.

However, his numbers have been much more modest lately. Last season, he only had 14 catches, 135 yards, and 1 lonely touchdown. His yards-per-catch average shrunk down to 9.6 yards.

A lot can change in the NFL over a few years, so it seems unlikely that he’ll re-ascend to his play in 2018. During that season, he finished the year as the 2nd-best TE on PFF. Last year, he was the 2nd-worst TE on PFF, finishing 69th out of 70 who were considered.

To be clear, the Vikings’ starting TE job still belongs to Smith. The potential desire to add someone else may simply be as insurance if Smith struggles coming back from injury and/or battles another health issue. Ben Ellefson, Johnny Mundt, Zach Davidson, and Nick Muse are the team’s other players at the position. If, for whatever reason, the team’s leadership isn’t happy with those options, then perhaps they’ll look to bring in some help.

Howard’s deal with the Bills came with a relatively modest $2.875 million cap hit (though there is a void year to spread out the hit). If Minnesota did look to make a deal, then it’s unlikely to break the bank. Per OTC, the Vikings have more than $10 million in cap space.

At 27, Howard may still have some good football ahead of him. He played in all 17 games last year, but it was also a season when he only played 31% of the offense’s snaps. In 2020, he only played in 4 games, so it has been a couple years since he has been a major part of his team’s offense.

With the Vikings, Howard would need to be the second TE, someone who can move the chains when needed. Perhaps that’s a role that would work well for both sides.