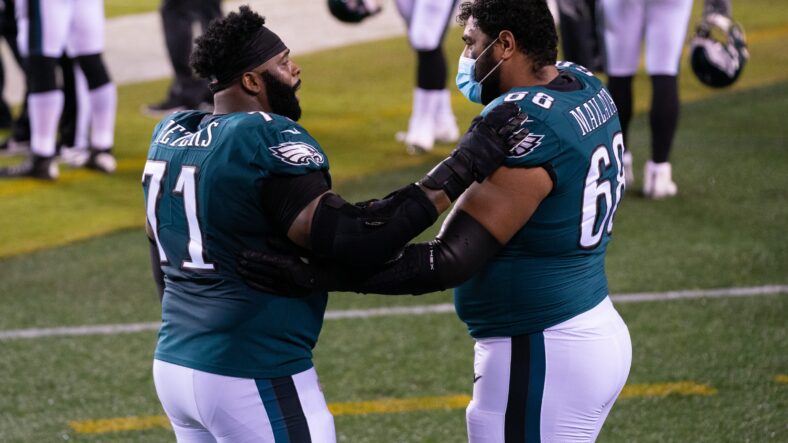 Minnesota’s strongest position on the offensive line is tackle. Sophomore Christian Darrisaw is looking to join Brain O’Neill as one of the game’s preeminent options at OT. If successful, the Vikings will be leaning on one of the best tackle pairs in the NFL. That reality will make life considerably easier for Kirk Cousins and the rest of the offense. With that said, why a piece about Jason Peters?

An unfortunate reality of the NFL is that injuries happen. There are three preseason games, seventeen regular season games, and oodles of practices in between (and, ideally, several more games in the playoffs). The backups currently consist of Blake Brandel, Oli Udoh, Vederian Lowe, and a few others. In other words, there would likely be a pretty significant drop in play if one of the top two go down.

Jason Peters could be a strong fill-in option. Recently, the veteran expressed his desire to sign somewhere:

Looking for an upcoming offensive line, good team — or a playoff team. Either/or is good for me, because I can pass my torch on to some guys who are trying to get better, the younger guys, the new generation. Or if I get on a team with some vets, they already know how I rock, and we can just go into the playoffs and make a run and try to win another ring.

He goes on: “But right now, either way is good for me because I can teach or I can sit back and listen and learn from other veterans who have played this game, too. So either way is good.” The willingness to be a strong mentor and accept the role that’s available may be appealing to Minnesota.

Peters played for the Bears last season. For most of his career, he played for Philadelphia. Overall, he has played 17 NFL seasons, and he has been a first-team All Pro twice. He has made the second team four times. Even last season on a struggling Bears team, Peters finished as the 21st ranked offensive tackle on PFF. Brian O’Neill was 34th and Christian Darrisaw was 36th. Now, that doesn’t mean Peters needs to come in as a starter, it’s merely to point out that the veteran can still get it done.

Last season, Jason Peters had a modest $1.525 million cap hit. As we’ve previously noted, the team does have some money to spend, so perhaps they’ll look to solidify the offensive line depth.