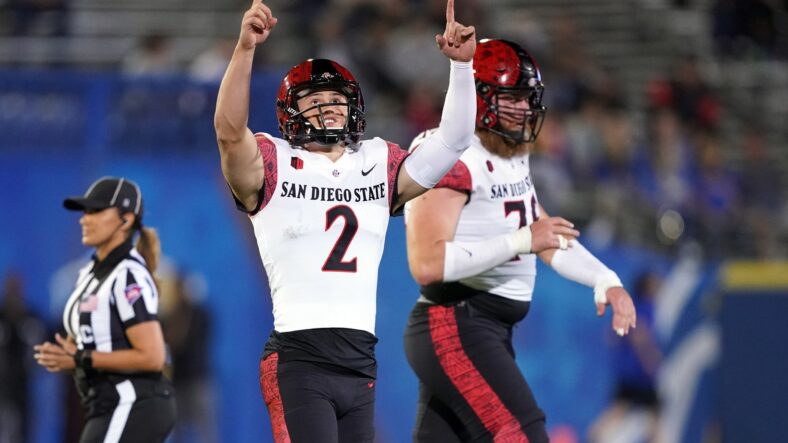 It was bound to happen sooner or later, right? Well, today is the day that we are going to open the can of worms that is Matt Araiza; the San Diego State punter who has been dubbed as “the punt god”. Araiza put together a ridiculous amount of highlight reel punts (yes, there are highlight reels for punts), but how seriously should we take this seemingly mystical prospect? Is he worthy of being taken with anything more than a Day Three pick?

The sport of football is in a constant state of evolution. Offenses are getting more efficient. Defenses are becoming more and more positionless as time goes on. Even concerning specific players, we’re seeing things that we’ve never seen before. Wide receivers are running faster than they ever have. EDGE rushers are more explosive than those that went before them. Quarterbacks have cannons attached to their arms that allow them to throw the ball great distances.

Matt Araiza is the next stage of this evolution for punters. Not only does he have experience as a place kicker, something he did quite well early on in his career at SDSU, but he drops bombs whenever he punts the ball. We sometimes here about punters “flipping field position” with their kicks, but none have taken it to the extent of Araiza, booting the ball 60-70 yards with ease. This is a dude that truly has goal-line-to-goal-line power in his haunches.

As Uncle Ben once told Peter Parker, with great power comes great responsibility. Well, Araiza certainly has the power, but there is an evident lack of discipline that comes with his punts. Put simply, the punt god is a showman. Every time he goes out there, he seems like he is simply trying to kick the ball as far as he can.

It’s fair; Araiza has built a reputation for his left leg that he has to live up to. He also was able to frequently get away with this as SDSU’s offense had a frequent tendency of stalling out deep in their own territory, as is the risk with such a run-heavy scheme.

However, the job of an NFL punter is not to pop every blood vessel in their body trying to boot the ball unearthly distances. They need to use their powers for good and be able to place the ball in places where the coverage team can either defend a return or down the ball. Not to mention, they need to be controlled enough so punts don’t end up as touchbacks. There are very few instances where Araiza actually demonstrates these intricate skills required of the best NFL punters. Sure, it’s awesome that he punted this specific ball 80+ yards, but it would’ve been a lot more impressive if it didn’t land in the end zone. Maybe 70 yards would’ve done the trick instead.

The Punt God’s Role on the 2022 Minnesota Vikings

In short, I wouldn’t use anything more than a fifth-round pick on Matt Araiza. His incredible power on his punts will surely be enough to sell a few extra tickets, but it’s unproven how much it will actually impact winning football. Perhaps he threw caution to the wind at San Diego State because, well, it was a rather uncompetitive team for much of his career, and once he reaches the NFL, he’ll suddenly become more careful. Or perhaps he remains an erratic, power-first punter.

Some of the undisciplined play would become magnified with a Minnesota Vikings team and offense, too. This is a group that should get at least one or two first downs on many of their drives. The margin for error quickly shrinks when you’re punting from your own 40 rather than your own 10-20.

Am I simply scared of what the next stage of punter evolution has the potential of becoming? Perhaps. Am I spending too much time scrutinizing a player that will almost instantly become the most exciting player at what is currently a very forgettable position? Absolutely. Let’s just not forget that even punters with rocket launchers for legs come with their flaws. Araiza brings a ton of flare, but he certainly needs to clean up around the edges to be successful moving forward. 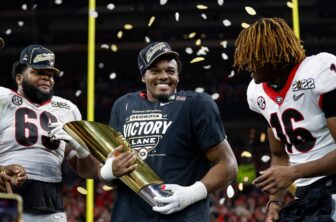