A Vikings Fan’s Viewing Guide to CFB: Can Houston Get Over the Hump? 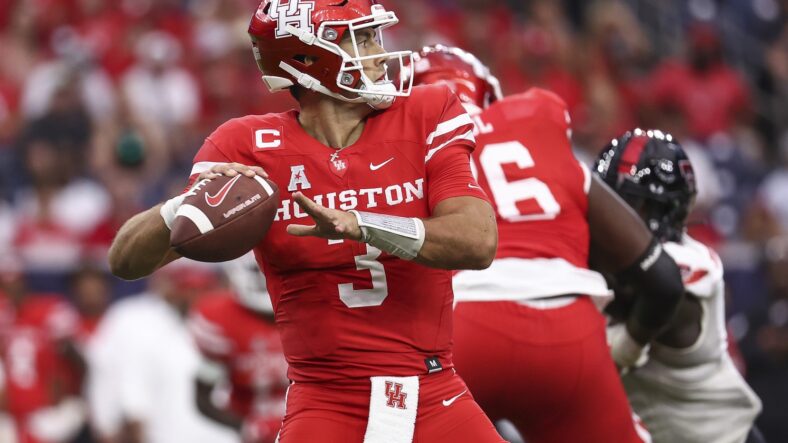 Whether you’re a seasoned college football viewer, or just getting into it for the first time, there is something here for everyone. Yesterday, we went over the Cincinnati Bearcats and their chances at repeating as AAC champions. Today, we discuss the Houston Cougars in their pursuit of that elusive championship.

The Houston Cougars got off to a familiar start in 2021 with their sixth consecutive loss to Texas Tech. After that though, nothing about the 2021 season was typical for this program. The Cougars went on an absolute tear, winning their next 12 games and going 8-0 during regular season conference play before losing to the #4 Cincinnati Bearcats in the AAC Championship. On December 28th, they knocked off Auburn in the Birmingham Bowl, 17-13. This result was enough to earn them a #17 ranking in the postseason AP poll.

Ultimately, Houston finished 2021 with a 12-2 record in their third season under head coach Dana Holgorsen. It was the program’s first double-digit win total since 2015 and just their third of the 21st century. Houston relied heavily on a deadly offensive attack that scored 35.9 points per game, the 15th most in the country. With Cincinnati entering a quasi-rebuild, and Houston’s 2022 schedule being very tame, this could be Houston’s best chance at capturing their first AAC title before joining the Big 12 in 2023.

Much of the potent Houston offense that paved the way for their success in 2021 remains intact for 2022. Clayton Tune returns at quarterback with a chance to eclipse 10,000 career passing yards. His biggest weapon will remain Nathaniel “Tank” Dell who caught 90 passes for 1329 yards and 12 touchdowns in 2021.

That said, Houston may rely on the passing game more than an originally anticipated this year. RB Alton McCaskill tore his ACL during spring practices, leaving him out for likely the entire 2022 season. This is a huge blow for Houston’s rushing attack as McCaskill ran for 961 yards and 16 touchdowns.

Houston does have capable talent remaining in senior Ta’Zhawn Henry, but he will have to prove himself as a workhorse back. In two years at Texas Tech, he rushed for a combined 681 yards. In his first year with the Cougars in 2021, he finally eclipsed 100 rushing attempts in a season. We shall see how the offense holds up without one of the best RBs in the conference, but they should be in good hands.

The offense was terrific for Houston in 2021, but that production has never been the problem. The trend has always been that the defense holds them back, but last year they finally became a consistent group on that side of the ball. They allowed just 20 points per game in 2021, 19th-best in all of FBS.

That said, their starting lineup is going to have to go through some big changes, especially in the secondary. CBs Marcus Jones and Damarrion Williams are now in the NFL, and safety Gleson Sprewell transferred to Tennessee State. That trio combined for eight interceptions and 22 pass defenses in 2021, anchoring a group that allowed just 194 passing yards per game.

They will likely rely heavily on safety Gervarrious Owens this season in his quest to raise his draft stock for the spring of 2023. The 6-foot, 200-pound safety is going to make his presence felt in a big way this fall.

The Houston Cougars have created a trend over the past two years of sending a pass-rusher in the early rounds of the NFL Draft. In 2021, it was Payton Turner who surprised some when he went 28th overall to the New Orleans Saints. In 2022, Logan Hall just barely missed first round honors when he was selected 33rd overall by the Tamp Bay Buccaneers.

This year, there’s yet another EDGE rusher that could keep this tradition going. That player is Derek Parish. In 2021, he already was only a tick behind Hall in terms of production, recording 12 TFLs and five sacks. Hall had 13 TFLs and six sacks. Now that the defensive front belongs to Parish, he should flourish in a big way.

The Vikings have two stars in Za’Darius Smith and Danielle Hunter at EDGE, but behind them, the depth is rather slim pickings. Especially, if the aforementioned duo continues to have injury troubles, this lack of depth could derail Minnesota’s season. If that is the case, Parish is a guy that could be on Minnesota’s radar next April. 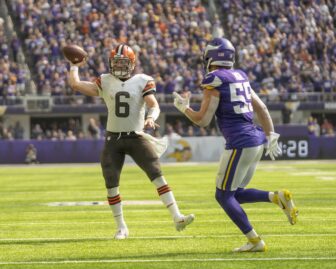