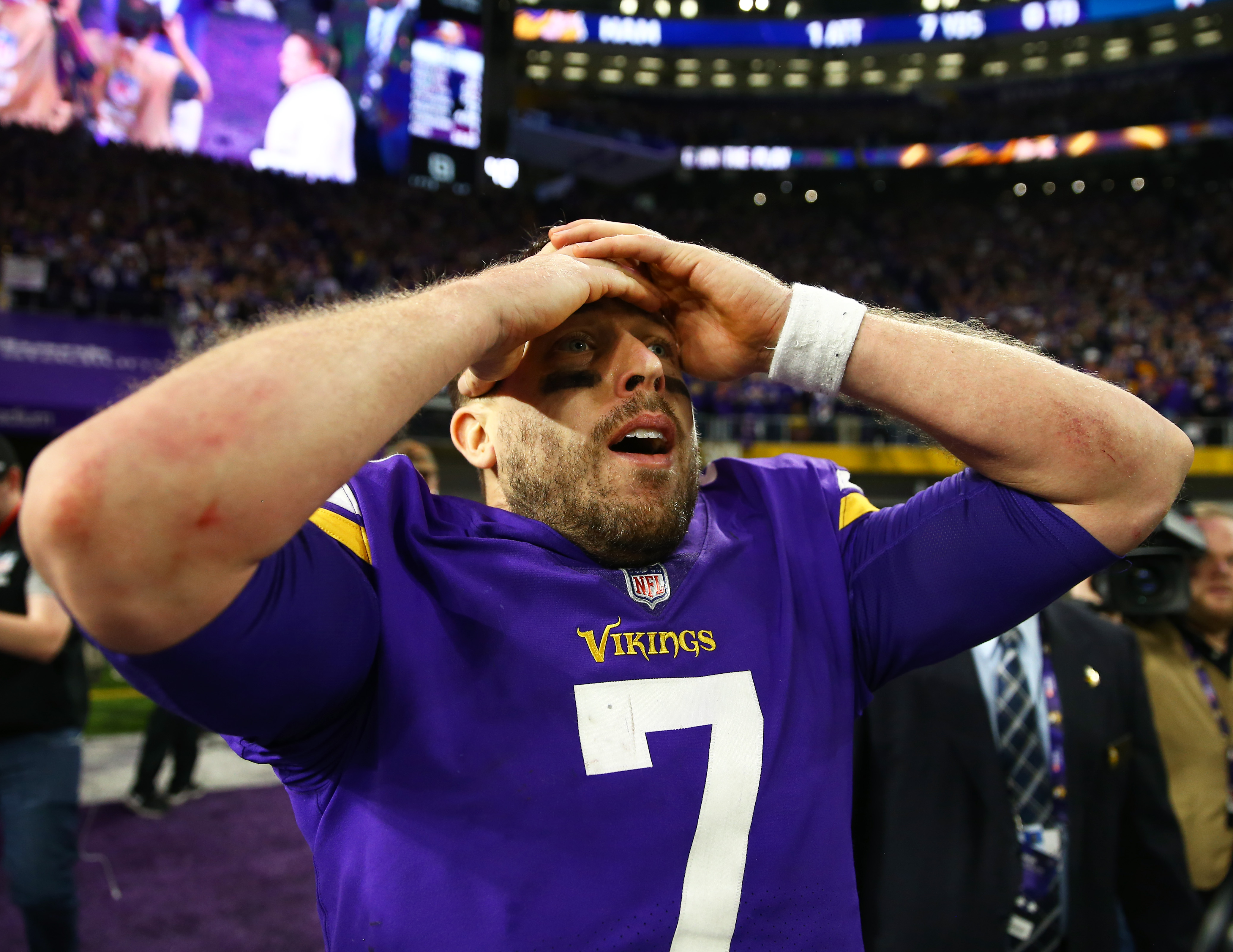 Let’s begin by saying that the quarterback under consideration in the PFF article isn’t current Vikings QB Kirk Cousins. Instead, it’s the player who Cousins replaced: Case Keenum. The journeyman ended up being a wonderful signing for the team.

As we all remember, Keenum was a key part of Minnesota’s sensational 2017 season. The defense, of course, was elite, but let’s not overlook what the offense accomplished (Pat Shurmur deserves a lot of credit). They were a top 10 offense, averaging 23.9 points per game. Even without Sam Bradford under center, the Vikings offense was able to be rock-solid, so Keenum certainly deserves a lot of praise. Minnesota was a complete team, one that was rightly recognized as one of the best from that season.

The most important play of Keenum’s season – and one of the best plays in NFL history – was the throw to Stefon Diggs to beat the Saints as timed expired. It’d be hard to overstate just how amazing that play was.

Spielberger tweeted out the chart that helps clarify his analysis. The Vikings see their current QB in a notable spot in the PFF analysis:

Whether or not Cousins has provided good value is certainly up for debate (you may have noticed that people have different opinions about Minnesota’s quarterback). Nevertheless, it’s notable that he finds himself pretty far down the line.

The salary cap is a good thing, folks. It helps to create a more even playing field. All teams must work with the same amount of cap room, and some have done a better job of efficiently using the financial resources at their disposal. As the PFF piece suggests, the Vikings made a great decision when they brought Keenum in as their backup QB. His modest $2 million deal was one of the best value deals of the year.