The Vikings Didn’t Get “Fleeced” This Weekend 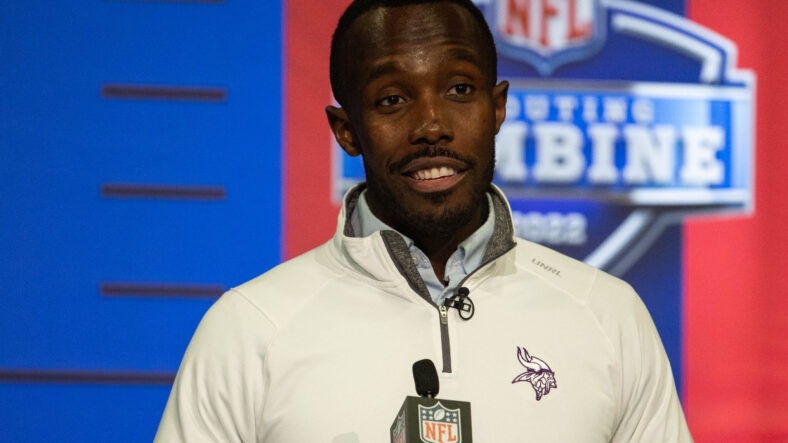 Ever since the Minnesota Vikings fired Rick Spielman back in January, fans were rejoicing because it meant the supposed end of constantly trading down in the NFL Draft. Over the years, there were a growing number of eye rolls over the former GM’s apparent fascination with stockpiling seventh-round picks. Well, this firstly wasn’t the entire truth in regard to the Spielman tenure. Secondly, this trend of “trading down” didn’t particularly end with Kwesi Adofo-Mensah either.

Adofo-Mensah wasted zero time making his first trade. With Kyle Hamilton still on the clock, he and the Vikings opted to trade down from No. 12 to No. 32 while moving up from 46 to 34 in the second round and acquiring another third rounder. There were two major complaints across Vikings fandom with this trade. The return package was not nearly enough for a slide down 20 positions in this class as well as the breaking of a cardinal rule: never trade with a division rival.

That said, context is key. The Vikings clearly valued Lewis Cine highly, and they needed help in the secondary. On top of that, I’ve said over and over again that this is a draft class where I would value having as many Day Two picks as possible. They got their guy, a more valuable second rounder (which they turned into two seconds), and an additional third. Could they have swung a future pick? Perhaps, but that doesn’t mean this trade is horrible when Cine is a fast, physical player that their defense needs.

However, as if one trade with a divisional team wasn’t enough, Adofo-Mensah was once again wheelin’-and-dealin’ less than 24 hours later. This time, it was with the Green Bay Packers, a much more prevalent rival. They sent the 34th overall pick from the Detroit trade for the 53rd and 59th. In terms of pick value, this is a win across almost every chart or metric you can possibly read.

On top of that, the Packers goofed on the pick. With both George Pickens and Skyy Moore on the board, Green Bay instead opted for a project at wide receiver. Christian Watson was undoubtedly a talented prospect with North Dakota State, but he had major drop problems and needs to prove he can keep pace with NFL-level talent.

Then, Minnesota traded back UP to get another starting-caliber player in Andrew Booth Jr. They traded 53, 77, and 192 for 42 and 122. In terms of pick value, this may have been the worst trade of the day, but when a guy like Booth is sitting there, you have to go get him. The Vikings now have a trio at corner and another trio at safety that are ready to play starting NFL Week 1.

At the end of the day, we really should have seen these draft trades coming. As soon as both Derek Stingley Jr. and Sauce Gardner went off the board in the top-four selections of round one, you could almost hear the phones dialing from the Vikings war room. This is a draft class that didn’t have a ton of top-tier talent; we probably won’t see a ton of All-Pro selections when things are said and done. However, there was a far deeper pool of starters because of the extra “COVID year” given to the prospects. Just because Kwesi Adofo-Mensah’s moves were reminiscent of what the former GM did, it doesn’t mean it was wrong. There were a few bumps in the road, as there are with just about every team, but this draft was never going to “make-or-break” the Vikings. 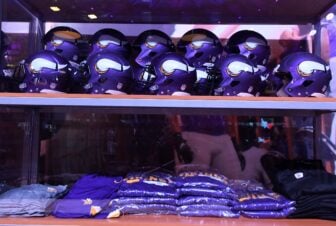