Mike Zimmer: The Vikings OT Drive on Offense Was “Disappointing” 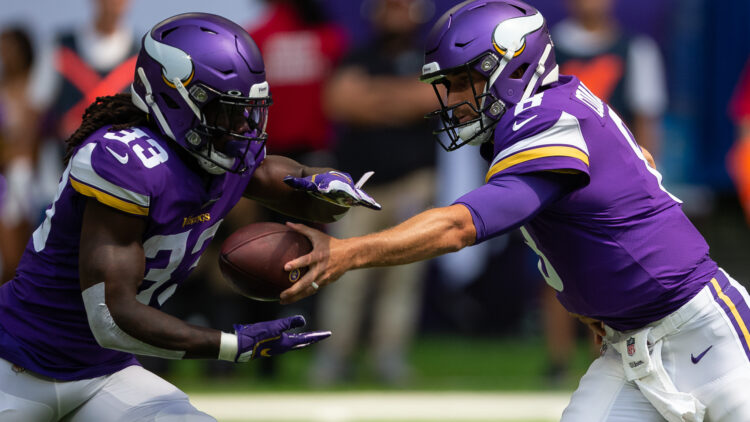 In his time with the Vikings, Mike Zimmer has always been outspoken about how he feels. It’s a major part of why I’ve always liked him so much. Now, it’s possible that the team will need to move on from him, but there’s little doubt in my mind that he’s actually a really good coach. Sometimes, a team and coach just need to head in opposite directions.

Until then, Zim will be continuing to offer up blunt assessments of the team. Here are his thoughts on that final play:

As you can hear, Mike Zimmer isn’t too pleased with how the Vikings offense performed (his full press conference is on Vikings.com). It would seem as though both Kirk and Klint could have done better. Zim said that Cousins “had some options” with the protection, going on to note that it was difficult to follow that sensational Anthony Barr interception with such an underwhelming drive.

Zim asks the rhetorical question, “Could we have been in a better play? Sure.” Klint, then, deserves some criticism. As our head coach said, it was a disappointing final drive. If you’d like to relive that lousy play, take a peak at the video:

As you can see, it was indeed a brutal play all around. The first step in overcoming a tough stretch of football rests in eliminating the self-inflicted wounds. That was a self-inflicted wound. If the Vikings can address these issues and get healthy, perhaps they’ll have a shot against the Chargers.