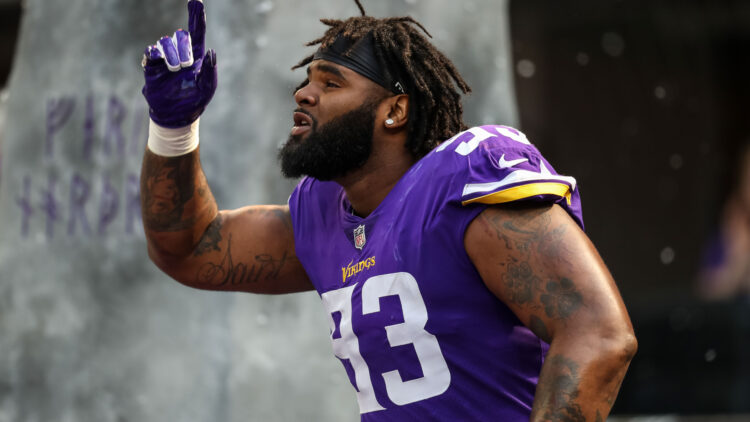 There are 17 games in the upcoming season, so the fourth and final Minnesota Vikings schedule prediction article takes on five games. Frankly, I don’t love the increase to 17 games, but Roger Goodell never returned my calls. Alas, the NFL is moving forward with a poor decision, which is essentially their calling card at this point. A quick refresher from the first, second, and third portion of this series: we’re sitting at a good-but-not-great 8-4 as we head into the final stretch. As you’ll see, Minnesota has a brutal end to their schedule.

The first of five-straight difficult games might be considered a must-win. It’s always difficult playing on short rest, but at least that’s a two-way street. It’s tough to completely overlook Pittsburgh because Mike Tomlin is such a good coach; he has proven to be one of the best leaders in the NFL over the past decade+. Nevertheless, it’ll be hard for them to overcome an aging Big Ben. Najee Harris may end up being precisely what their offense needs, and they still have some ferocious talent on that defense. Cameron Heyward and T.J. Watt are a handful, so we’ll learn a little more about Kirk Cousins’ swagger in this one.

Back-to-back prime time games. It may be too much to ask for our Vikings to win both. In all likelihood, both Chicago and Minnesota will be competing for the playoffs, so this game will have a ton of meaning. It’s also likely that Justin Fields is going to be the QB for the Bears. I think Zim’s rebuilt defense will be able to get the best of the rookie QB, but my concern is with our offense. Until I’m proven wrong, my assumption is that Minnesota’s offense will crap the bed when they play the Bears.

Sean McVay, by and large, still receives adulation from the masses as the boy-genius leading the charge in LA. However, there are some rumblings that his brilliance is starting to dissipate. When Cousins first arrived in Minnesota, the Vikings had a slobberknocker of a game with the Rams that ended in a 38-31 defeat for the good guys. In 2017, Minnesota beat LA 24-7. I’m actually thinking this game is somewhere in the middle, and I think Zim gets the best of McVay.

For the third week in a row, Minnesota is facing an NFC rival. This time, it’ll be the Peckers in the cold weather. From the outset, then, those Cheeseheads have an advantage. Let’s not forget what Dalvin Cook was able to accomplish last year at Lambeau, though: 30 carries, 163 yards, 3 TDs to go alongside 63 yards receiving and a TD. In other words, we aren’t doomed to Lambeau failure in the same way as Soldier failure. Nevertheless, this will be a tough game, and so much depends upon Aaron “Voldemort” Rodgers (and a red wheelbarrow). It pains me to say it, but I’m giving the slight edge to GB.

This could be a must-win for our purple friends. Chicago always plays us difficult; it’s one of life’s few certainties. At least we can take comfort in the fact that we’re at home. For us to be successful, we’ll need the defense to be absolutely stifling. In fact, we may even need a defensive (or special teams) touchdown. I just don’t see how any of us could have legit faith in our offense against that Chicago defense. They’re out kryptonite. In what is sure to be an underwhelming game for fantasy football managers everywhere, I’m rolling with the home team.

Minnesota Vikings Schedule Prediction Recap: At the end of the first-ever 17-game season, Minnesota finishes with an 11-6 record, securing a playoff spot in the process. What will they do with this playoff opportunity, you ask? Well, my crystal ball is a little murky, so check back in once we get there and I’ll let you know.