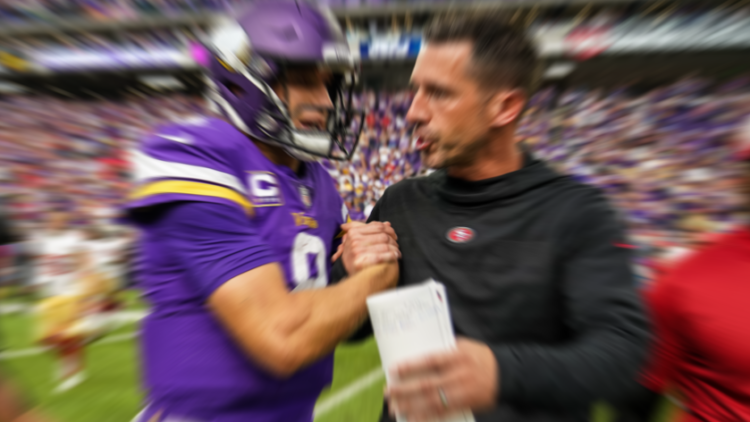 Fresh off the bye week, the Minnesota Vikings are about to embark on a tumultuous schedule over the next five games. These five games will likely play a large part in the future of head coach Mike Zimmer and his tenure with the team.

The first four games of the stretch are against teams sitting at the top of their respective divisions (the Chargers entered their bye week tied for the division lead, work with me here). The last game features a second trip to the West Coast in a 15-day span to face the 49ers, a team we will get to in a minute.

Not an easy stretch.

At a minimum, the Zimmer-led Vikings should have two victories from these five games – three would be ideal. To date, the Vikings have wins against the hapless Seahawks, Lions, and Panthers. Two of those victories seemed more likely to cause cardiac arrest rather than the euphoria often associated with a win. For whatever reason, this is the current state of Vikings football.

Look at the daunting schedule ahead. If the Vikings want to be taken seriously around playoff time, they must secure victories against playoff-caliber opponents. Period.

There is no better stretch to highlight exactly what kind of team Zimmer has in 2021 than these next five games. The “almost had them” and other moral victories won’t cut it.

What if They Aren’t Able to Secure Wins Over the Next Five?

Well, there will almost certainly be a regime change — either in-season or in January.

That brings us back to a team and coach that have equally been struggling – the 49ers and Kyle Shanahan.

Shanahan was born in Minneapolis, Minnesota, in 1979 while his father, Mike, manned the offensive coordinator gig for the Golden Gophers. A return to the state for Shanahan would make an awful lot of sense if both he and Zimmer’s teams continue to struggle. Shanahan has a 31-39 record over 4.5 seasons, and when one subtracts his Super Bowl run in 2019, his record is downright dismal.

Shanahan is contractually committed to San Francisco through the 2025 season. The 49ers may have little to no reason to move on from their current coach — especially after mortgaging the team’s near future to acquire Trey Lance in the 2021 NFL draft. Both Kyle and GM John Lynch appear to be tied at the hip, and there is every indication that they have the support of ownership to see things out.

The NFL is a production business, though, and when that production begins to lapse, fans don’t always fill the seats – hurting the company’s bottom line.

If the fans and media create enough stir surrounding a coach or player, ownership will sometimes bend. That might be the case in San Francisco. A fourth season out of five with six or fewer wins could be just the recipe to prompt such a move. We could be in for an ever-so-rare coach trade. The local sports media, 49er fan pages, and some national media have already begun to lay the team’s struggles on Shanahan.

Why Would this Interest the Vikings?

These are the tried and true Christmas list items, year in, year out. Vikings fans have long clamored for an offensive-minded head coach, or at the least, for the current head coach to “let Kirk cook.” To Zimmer’s credit, he does appear to be less restrictive with the reins of the offense this season. The thought has to cross fans’ minds, though – could this offense do more?

The Vikings offer a more decadent collection of offensive weapons than the 49ers. Shanahan is a coach that already has a history with Cousins, serving as his offensive coordinator for two years in Washington.

Minnesota has one of the best groups of wide receivers in the NFL and an equally great group of running backs. While Irv Smith Jr. will not get mistaken for George Kittle, he offers his own unique set of skills and was ready to break out before his season-ending injury. Both teams’ offensive lines appear to be equal from a talent standpoint, with the Vikings offering a younger unit to grow.

With this collection of talent, it can be assumed that Shanahan would be able to enhance the overall output of the offense – taking it to new levels. The list of pending free agents for the 2022 season, primarily on defense, would invite any incoming defensive coordinator to add their own collection of veterans. Perhaps a change in scenery would behoove Shanahan and allow for him to improve on a winning percentage that, to date, isn’t cutting it.

All of this chatter will hopefully be moot if Zimmer and the Vikings take care of business and start marking off victories against playoff-caliber opponents.

That opportunity starts on Halloween night.

Also Read: Dallas Cowboys to Play in Fantasy Football vs. the Vikings