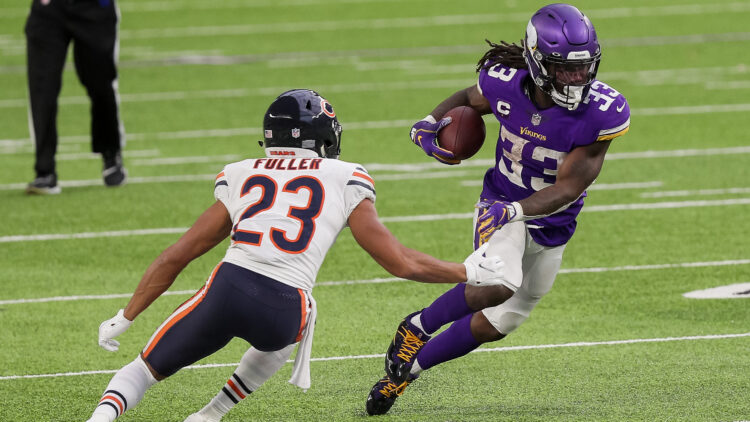 In the closing minutes of the third quarter, the Minnesota Vikings were preparing to make a push to get themselves back in the game vs. the 49ers. They had just forced a San Francisco punt, and they had the ball at the 16-yard line. Down 31-26, they opened the drive by handing off to their star RB, Dalvin Cook. However, this carry was anything but routine. Cook fumbled the ball, but more importantly, he immediately crumpled into a heap on the field.

After laying on the field for minutes clutching at his left side, the Vikings medical team brought a cart out to take him off. Upon some more testing after the game, it appears that Cook left the game due to a dislocated shoulder Following that injury, San Francisco scored a field goal, and they would go on to win, 34-26.

This is just the latest Vikings injury that has plagued this team over the past few weeks. In this game, both Anthony Barr and Christian Darrisaw were also forced to the sidelines in pain. It’s unclear as of now if or how much time Cook will miss because of this injury. As Rapoport’s tweet states, we are in the waiting stages of this process.

The good news for the Vikings is, if Cook has to miss time, this is the stretch of schedule for it to happen. The Vikings next three games are at Detroit, home versus the Steelers, and at Chicago. Normally, the Steelers would seem like a challenge, but after a 41-10 blowout loss at the hands of the Cincinnati Bengals, they seem very vulnerable. As for Cook’s immediate timeline, he will get an MRI tomorrow, likely in the morning, and you can be sure PurplePTSD will have the updates as they roll in throughout the day.