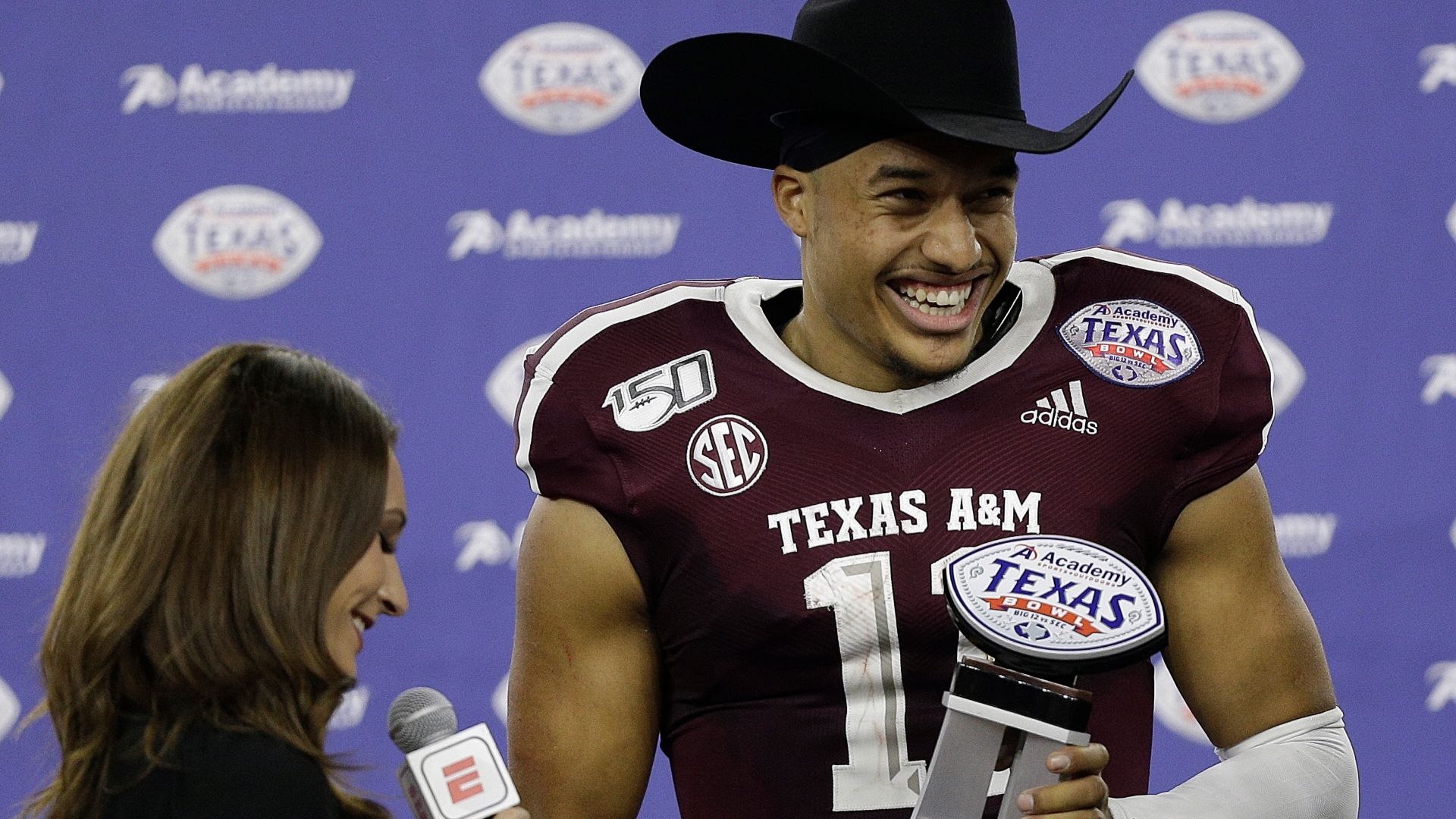 For the first time since Teddy Bridgewater in 2014, the Minnesota Vikings drafted a quarterback with high draft capital in the NFL draft. General Manager Rick Spielman cleverly found Texas A&M’s Kellen Mond in the 3rd Round of the 2021 NFL Draft, securing the franchise a contingency plan for current signal-caller, Kirk Cousins.

Cousins joined the Vikings in 2018 and has since accounted for the fifth-most touchdown passes leaguewide, tallying the NFL’s seventh-best passer rating amid those three years. He will tabulate a $76 million cap hit during the next two seasons — a figure that some Vikings loyalists simply cannot handle.

The Aggie will be a part of the franchise for at least four seasons, creating a sense of excitement in the event Cousins does not lead the Vikings to the Promised Land. Mond is stylistically the anti-Cousins. He is young (Cousins will be 33 this summer), mobile (Cousins is not known for paramount maneuverability), and electric (some feel Cousins is too vanilla). If Minnesota does hand the keys to Mond in the next two to three years, the offense will morph into a brave new world. The Vikings will get trendy and embrace the mobile quarterback fun. Several fans believe mobile quarterbacks are a prerequisite to winning a championship, although Patrick Mahomes and Russell Wilson are the only two such men to win Super Bowls in the last decade. Other men like Tom Brady, Joe Flacco, Peyton Manning, and Nick Foles are the “other guys” winning titles at the quarterback position — all notoriously non-mobile dudes.

Nevertheless, Mond will give the people what they want. And The Draft Network agrees. TDN‘s Ryan Fowler analyzed Mond’s addition to the Vikings and noted:

“Minnesota Vikings general manager Rick Spielman used a draft pick on a quarterback for the second consecutive year. This year’s signal-caller, however, could provide a glimpse into the future under center for an underachieving roster hanging on the fringe of success and an inherent rebuild if goals aren’t met. […] Kellen Mond enters the fold as a four-year starter at Texas A&M on the heels of his most productive season. He’s everything Cousins isn’t, which presents an entirely new dynamic when turning the page towards the future in Minnesota, especially with Spielman’s selection of offensive tackle Christian Darrisaw in the first round (at No. 23 overall). Mond is mobile, has a bazooka on his shoulder, and touts nearly 50 games of SEC experience as he heads into his first camp. […] For Cousins, his cosmic contract is a ticking time bomb set to detonate if he fails to lead Minnesota back to the postseason. With weapons aplenty and Mond sitting ready in the wings, the dynamic under center in Minnesota just became that much more intriguing.“

Unless injury ensues, it is next to impossible that Mond would usurp Cousins on the depth chart before the start of 2021. But if the team flounders to begin the season — as it did in 2020 with a miserable 1-5 start — the sky is the limit for a Mond appearance. Too, the noise will be loud for a Mond audition. Some folks even wanted Cousins to be benched in favor of Sean Mannion last season — a career-long backup quarterback who has never thrown a touchdown pass in the NFL. Yes, that’s how tumultuous the first six weeks in Minnesota tumbled during the pandemic season.

Mond is a fabulous option to uplift if Cousins’ Vikings fail to make a deep playoff run in 2021 or 2022. Cousins was brought to the franchise purposefully in 2018 as a supersized Case Keenum. Yet, the 32-year-old has not led the team to an NFC Championship or beyond as Keenum miraculously did in 2017.

So, patience is low with Cousins. He’s compensated handsomely — and when the Vikings failed to reach the postseason during his maiden voyage, opinions simultaneously soured. Minnesota’s defense was upper-echelon in 2018, but the team was largely without Dalvin Cook, who missed ample time for the second consecutive season because of injury.

Then, Cousins clawed back some respect after upending the New Orleans Saints in a road playoff game in 2019. The Vikings were 7-point underdogs heading down to the Big Easy, and the Cousins-led bunch stunningly eliminated New Orleans.

Nobody cares about that anymore, though. NFL fans have short-term memories and the 2020 campaign caused the nasty Cousins sentiments to bubble up to the service once again.

Should Cousins not display more of that 2019 New Orleans flair in 2021, well, all eyes will turn to Mond. And the Vikings should be in good hands if The Draft Network is correct with its analysis.