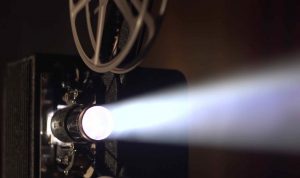 At this point so early in the season, it’s a bit futile to evaluate how a team will perform come September. Players slip up, coaches can lose that “edge”, entire organizations can crash and burn or rise from the ashes of the previous year.

How many people truly predicted that Lamar Jackson would make the leap from promising rookie to unanimous MVP this past season? Or that Pat Mahomes would come out as a redshirt rookie and throw for 50 touchdowns in 2018?

There’s too many question marks, too many variables to make accurate predictions. But one thing we can evaluate is how these games make us feel. Are they (at this point) easy wins? Nerve-racking matchups?

Sport and emotion go hand in hand, and while nothing can replicate the feeling of a last-second win — the “Brett Favre to Greg Lewis”, “Kyle Rudolph in the back of the end zone”, “Case Keenum to Stefon Diggs”, type — the lesser triumphs, one could argue, share parallels to movies.

Dalvin Cook takes a screen pass 30 yards to the house? I feel as invigorated as the first time I heard William Wallace’s war speech in Braveheart.

Kirk Cousins throws his third touchdown of over 40 yards in a Vikings blowout? I get shades of, “My name is Maximus Decimus Meridius … And I will have my vengeance, in this life or the next.”

What we lack in scouting reports, team chemistry, and coaching decisions, we can make up for in pure emotion. And movies can be one of the best ways to draw parallels to the upcoming season.

“I’m afraid, all right? You wanna break me down and hear me say it? I’m afraid. For the first time in my life I’m afraid”

I rage against the state of Wisconsin, and by extension the Packers, as much as any true-blood Minnesotan. I make fun of the fact that every resident of Wisconsin has, on average, five DUIs. I applaud them for the highest collective blood pressure in the United States due to endless supplies of cheese and Keystone Light (which – I shit you not – I have seen patrons drink on the rocks). I feed off Packers fan’s tears and bask in any misfortune the team comes across.

But if you’re a rational Vikings fan, this game should scare you.

Last year, the Green Bay Packers went 13-3 and made the NFC Championship game. Regardless if they didn’t deserve that record and failed to gain any usable weapons for Aaron Rodgers in the offseason, that’s just it; they have Aaron Rodgers. The Hall of Fame quarterback is pissed about the team drafting his replacement in the first round of the draft, and will no doubt take his anger out on the field to show his time isn’t done yet.

The Vikings, on the other hand, are a team with a lot of fresh faces. They have lost a lot of talent and veterans in the offseason, and even though they rebounded very nicely with their 15-player draft class, we still have no idea what this team will play like.

Will Justin Jefferson prove to be the heir to Stefon Diggs? Or will he go the way of Laquon Treadwell?

Will Mike Hughes, Holton Hill, Jeff Gladney, and Cameron Dantzler step up and play like rock-solid cornerbacks? Or will the lack of experience cause the secondary to do the unthinkable: play even worse than last year?

With so many question marks, this week one matchup at U.S. Bank Stadium could just as easily be a Vikings victory as it could be a slaughter in favor of Green Bay.

And that should scare you.

“You had my curiosity. But now you have my attention.”

If you’re a fan of Minnesota sports, you will remember week 12 of the 2019 college football season.

A red-hot number 9-ranked Gophers team, in the middle of their greatest season in years, was set to face off at home against number 13 Wisconsin to decide who would play in the Big Ten Championship Game.

The city of Minneapolis had a buzz permeating through the streets that is usually reserved for Vikings or Minnesota Twins playoff games. Not only was this the biggest game in Minneapolis in years, many reporters argued it was the biggest game period. The only thing bigger, many wrote, would be a Vikings vs. Packers NFC Championship game at U.S. Bank Stadium.

Fans were afraid to even think about it as to avoid jinxing, but the mantra was this: “The Gophers beat Wisconsin, and Minnesota will play, at minimum, in the Rose Bowl. The Gophers win the Big Ten Championship? They will be playing for the National Title.”

All of those hopes and dreams came crashing down as the Badgers came to town and handedly beat the Gophers, led by running back Jonathan Taylor.

Taylor garnered hate-filled curiosity from Minnesota fans as he tallied 115 yards from scrimmage and 3 touchdowns in that fateful game, and now he commands attention as he returns to U.S. Bank stadium week 2 to face off against the Vikings.

Marlon Mack is currently the lead running back for the Colts, but given his injury concerns and considering the fact the team traded up to draft Taylor in the second round of the draft, people can expect a healthy dose of Taylor week 2.

Find an open field, stand firm, and have your friends throw bowling balls into your chest for three hours. Only then will you get a glimpse of what it is like to be a defender pitted against Derrick Henry.

After nearly three straight sub-1000 yard rushing seasons, Henry quite literally burst on the NFL scene last year by leading the league in rushing yards, rushing touchdowns, and yards after contact. The 6’ 3” 238-pound bruiser with 4.54 speed runs like a greased up bowling ball and will prove to be an early-season test for the Vikings.

The Vikings fared middle of the pack last year in terms of rushing defense. Some games, the front looked stout and confident, and some games, like the week 14 matchup in Seattle in which they gave up 218 yards on the ground, they looked completely incompetent.

The team finds themselves with a number of fresh faces on the defensive line who they hope can come in and make valuable contributions. They hope newly acquired defensive tackle Michael Pierce, who was one of the best defensive tackles in 2018, can regain his form and be a force in the middle. They hope rookies D.J. Wonnum, James Lynch, and Kenny Willekes can come in and be rotation guys, possibly even cracking the starting lineup.

And they hope they don’t need too many percocets after this week three matchup against Derrick Henry and the Titans.

“Houston, we have a problem.”

It just had to be this quote, didn’t it? At this point, Tom Hanks’ famous line has transcended movies. It has metamorphosed into a painfully cliché saying that just won’t go away.

But it’s perfect for this week four matchup against the Houston Texans.

Yes, the Texans seem to be in disarray. Yes, they traded DeAndre Hopkins and their dignity to the Arizona Cardinals for a running back who was at his peak three years ago. Yes, Bill O’Brien may be the most incompetent man in football. But they have Deshaun Watson, and that’s all that matters.

Watson has proven to be an elusive, big game quarterback who is well on his way to be on top of the league for a long, long time. And that’s the type of quarterback the Vikings struggle against.

Take, for example, Russell Wilson, who hasn’t lost to the Vikings in his entire career.

Take, for example, the phrase: “Josh Allen hurdles Anthony Barr.” Did you just have a wave of PTSD-like trauma?

The Texans will be a tough matchup for the Vikings, and their best hope is to limit Deshaun Watson’s scrambling ability.

“They may take our lives, but they’ll never take our freedom!”

William Wallace yells this spine-tingling battle cry to his men just moments before leading them to battle. He had the effort, he had the men, he had the strategy, but in the end he couldn’t beat the English before being captured.

That is a microcosm for the Vikings when they travel to CenturyLink Field week five.

To understand what a monumental task it would be for the Vikings to beat the Seahawks in Seattle, one needs to understand three things:

3. Russell Wilson has never lost to the Vikings

In Braveheart, William Wallace lost the Battle of Falkirk after two noblemen, Mornay and Lochlan, were bribed by the King of England and turned their back on Wallace during the battle. Last year Xavier Rhodes turned his back on the Vikings during battle. Will someone else follow in his footsteps this year? Or will the Vikings finally win in Seattle for the first time since 2006?