Mike Boone Ready to Reveal Himself 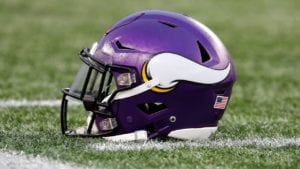 The Minnesota Vikings are proud to own one of the best running back duos in the NFL. Dalvin Cook and Alexander Mattison normally create the two-headed dragon that is the Vikings ground attack, but Minnesota will be short-handed on Sunday. With Mattison already ruled out due to an ankle injury, fans may finally see what backup Mike Boone is capable of.

For those who are unfamiliar with Boone, he is a second year running back out of Cincinnati, and he was picked up by the Vikings after going undrafted in 2018. Boone hasn’t seen much action to date, but he piled up over 2,200 yards on the ground in his college days, and almost 600 in the air. With the one-dimensional Adrian Peterson days over, this is the kind of back that Minnesota coaches love.

College production aside, Boone has another big thing going for him. Actually, it’s a little thing, as he is a rather small running back. Boone is almost identical in stature to Dalvin Cook, as they are the exact same height (5’10”), and Cook is only five pounds heavier at 209. Being a small running back used to be a disadvantage in the NFL, but they are now well respected thanks to their quick lateral moves and difficulty to tackle. Vikings fans have seen first hand how effective a smaller back like Cook is, and there’s no reason Boone can’t do some of the same things.

In two years combined, Boone only has 19 carries as a Minnesota Viking. With this extremely small sample size, it’s quite difficult to make judgements about the raw runner. That said, in the few reps I’ve seen him take, he has a noticeably good burst, especially when running up the middle. It seems like his small frame allows him to squirm through small holes in the line, and he is able to pick up speed quite quickly. Everyone hates that it comes at the expense of Alexander Mattison, but fans should be very excited to finally see Boone in action.

With Mattison out, some fans are assuming (and hoping) the Vikings will simply feed Dalvin Cook more. To me, this is the wrong approach. With the Vikings currently in a position to make the playoffs (knock on wood), the coaching staff is going to want Dalvin Cook at full strength for when the going gets tough. Putting extra wear and tear on his body against a mid-tier team like the Chargers is counterproductive, and once again, this is the perfect opportunity to see what a guy like Boone can do. If Boone can “reveal himself” and make his presence known early in the game, he may become part of the regular rotation even when Mattison returns.