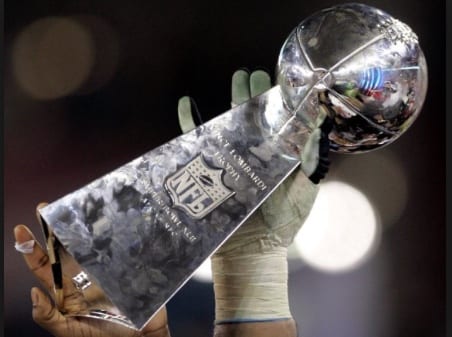 I recently covered a Fansided story out of their Buffalo department/greasy kitchen in which one of their scribes pitched a far-fetched trade in which the Minnesota Vikings would relinquish “unhappy” Danielle Hunter for a gift card for unlimited wings and a CPAP machine (also known as the Buffalo crown jewels), and was told in no uncertain terms that simply because someone in the media posits a question it doesn’t mean it’s then technically news.

By definition I’d agree, as I’d define news as news. Something that actually effects the Vikings or the NFL proper. News is not our only scope, though, as we also deal in analytics, speculation, and opinion. That’s where today’s article comes to play as our friends at DailyNorseman covered a take from Football Outsiders (which is behind ESPN’s paywall).

That take? That adding New York Giants defensive tackle Leonard Williams would catapult the Vikings (back?) into the contention conversation.

“Even with their other cuts, the Vikings were remarkably complete in 2020 with the No. 11 passing offense, No. 6 rushing offense, and No. 14 pass defense by DVOA. But their run defense finished 30th in DVOA and dead last allowing 5.16 adjusted line yards per carry, and did so despite Eric Kendricks leading all linebackers (min. 50 tackles) with a 6.3% broken tackle rate based on Sports Info Solutions charting. That weakness may be more than Pierce can overcome on his own, but its correction could vault this version of the Vikings into Super Bowlcontention.”

This is where stats and the eye test diverge. As I stated on Bob Sansevere’s BS Show this morning, the above doesn’t explain the whole picture.

Does anyone who watched the 2020 (or 2019, 2018, 2017, 2016, 2015, or 2014) Vikings feel like the Vikings were one player away from a Super Bowl run? Certainly as things stand right now, the Vikings will have more than one player back on defense (including nose tackle Michael Pierce) thanks to the healing properties of time/the COVID vaccine, but one thing that both the national and local media overlook with the Vikings is that they’d be broke even with the cap staying at-or-around $200 million.

If it’s reduced to $180 million and players like Anthony Barr stand pat on not restructuring their deals, the Vikings will be without Barr, safety Anthony Harris, and perhaps even Danielle Hunter.

But they have the money for someone like Williams?

The Vikings currently have +4000 odds to win Super Bowl LIV, but yeah, adding a defensive lineman would negate the fact that the Vikings had Danielle Hunter, Linval Joseph, Sheldon Richardson, and Everson Griffen in 2018 and didn’t make the playoffs despite only needing to best the back-ups of the Chicago Bears in the final game of the season.

They didn’t make it then and they wouldn’t make it now because the same core issues exist. Those issues are the fact that head coach Mike Zimmer gets outclassed in big spots (and his players seemingly don’t show up, which is either part of what I just said or a separate issue depending on where you stand on that issue) and the offensive line.

With Riley Reiff likely gone this off-season as one of the above COVID-cap/anti-restructure casualties, the line will likely be worse than it was in 2020 which is almost impossible. That line had Reiff at his best, so should he leave and not be replaced by a stud rookie, the Vikings will have gaping holes at the guard spots and a giant question mark at the left tackle spot assuming Ezra Cleveland slides back to his natural position.

Sure, they could use their first round pick on someone like Ohio State’s Wyatt Davis, but with the above laid out needs on defense does anyone really think that Zimmer won’t go defense at 14?

This is the same guy that used a first-round pick on a corner in Mike Hughes when the team already had two firsts and a second at the position between Xavier Rhodes, Trae Waynes, and Mackenzie Alexander.

But yeah, this cash strapped, more questions than answers team is just ONE player away from being as good as Tampa Bay or Kansas City.

I mean. I want those things to be true and am not trying to be negative for effect, but it does no one any good to perpetuate the idea that this team isn’t just frozen in mediocrity until they move on from Zimmer but also wasting what clearly is enough potential to create articles like the above.

I’m not trying to be the go to pessimist in the market, instead I’m trying to shout from the highest rooftops possible that we can’t wait another season or two for Zimmer to rebuild exactly what he built last time.

Players like Harrison Smith, Kirk Cousins, and Adam Thielen aren’t getting any younger and with Justin Jefferson and Dalvin Cook being top-3 players at their position, this team can contend now it just can’t contend with Zimmer at the helm.

The offensive line got worse in 2020 which is saying a lot considering the fact that they were so bad in 2019 that Cousins couldn’t complete a pass without rolling out or running a bootleg.

With the question marks on defense, the disaster that is the special teams unit, and the offensive line issues/new offensive coordinator (the fourth in four seasons for Kirk Cousins), this team can get closer to contending by adding one person.

Thank you for saying what no one, for some reason, every says. Historically, Zimmer has been outcoached in big games and he either late to, or never adjusts. But people will bombard this with “look what he has built on defense, he’s taken us to the playoffs…etc.” If the goal is to make playoff every other year and then get embarrassingly beat down to pulp, then Zimmer is the guy. If the goal is to be seriously competitive and win SB then we have enough data to conclude Zimmer is unlikely to make a SB run.