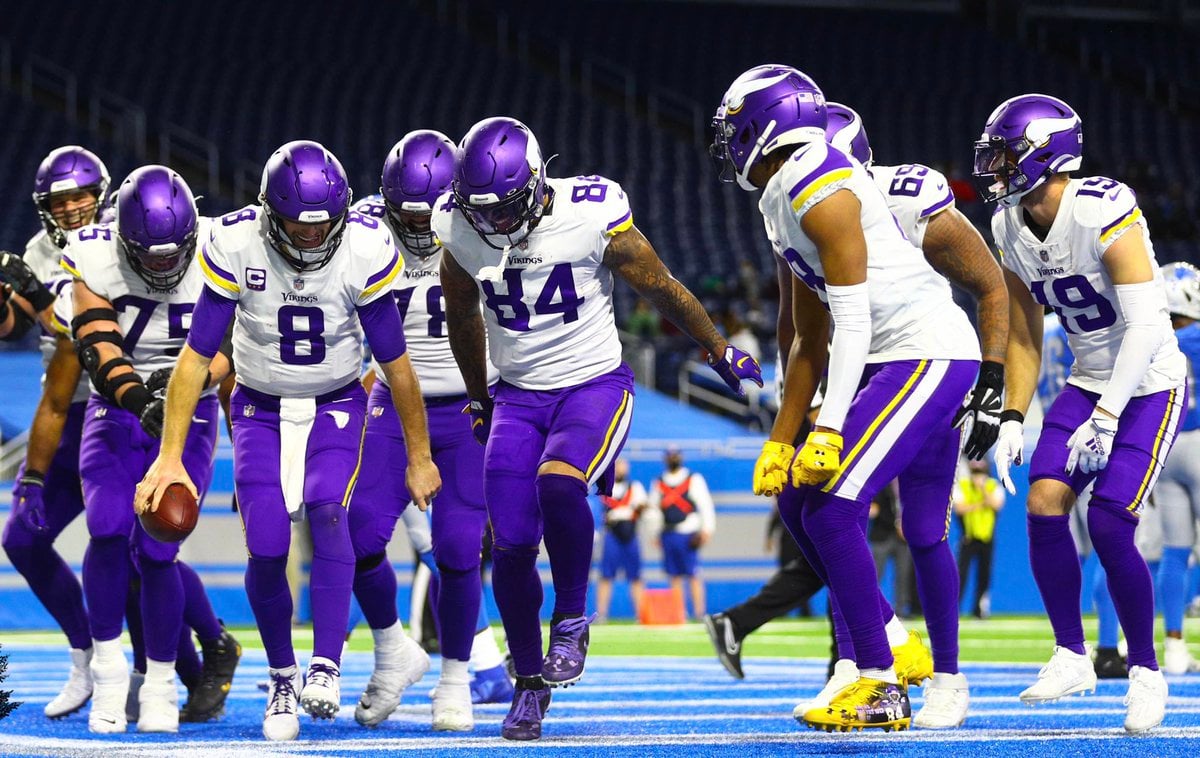 The day after Matthew Stafford was traded to the Los Angeles Rams for Jared Goff and the Hope diamond, Minnesota Vikings quarterback Kirk Cousins was the next man up for trade gossip.

And it was instantaneous. Shrouded-in-secrecy NFL executives predicted widespread quarterback hopscotch from roster to roster, so naturally Cousins was due to ship out to San Francisco, Denver, Houston, or even Chicago.

These are the receipts.

Whoops — and this one.

The Cousins era in Minnesota had ceased while the Vikings would scour the wire for a quarterback like Andy Dalton — or simply downgrade to a Jimmy Garoppolo or Drew Lock via trade.

None of that ever happened, solidifying the hubbub as sure-fire rumor and speculation. Indeed, the 49ers may have wanted Cousins instead of the herculean trade they maneuvered for Trey Lance, but the Vikings weren’t selling.

The rollercoaster parks us in early May, and lo and behold, Cousins is a potential MVP candidate — according to Pro Football Focus’ Seth Galina. Due to emphasis on the offensive trenches (finally) and the core group of offensive personnel that remains intact from 2019 and 2020, Galina does not consider it unfathomable that Cousins could enter MVP talks.

“One day, the prophecy will be fulfilled and Kirk Cousins will win NFL MVP or the Super Bowl. Considering how many average quarterbacks we’ve seen flirt with the award during the season and the recent Super Bowl signal-callers no longer starting for the teams they took to the big game, Cousins will come out on top one of these years. We treat the Minnesota Vikings quarterback as one of these Jared Goff or Jimmy Garoppolo types, but in reality, he has been much better, consistently ranking in the top 10 in a number of traditional and advanced statistics each year. Moreover, the Vikings’ offense has been very good the past two seasons. The Minnesota passing offense was the fourth-most efficient attack in the league in 2019 and the 10th-most efficient last season.“

In his piece, Galina further attributes his theory to Minnesota’s offensive line revival. A paramount part of his analysis is that Cousins has performed astutely in spite of trashy pass protection — and 2021 might be the first year as a Viking that Cousins gets some protection:

“Just creeping to average would be an improvement for this offensive line, and the front office has made the right moves to do that. That puts the ball in Kirk’s court. The pieces are significantly better than they’ve ever been around him. Subtracting the timeless skill of Stefon Diggs but replacing it with Justin Jefferson, Ezra Cleveland, Christian Darrisaw and Wyatt Davis is probably a net positive. Everything is set up for Cousins to have a brilliant 2021 season and for the Congratulations to Kirk Cousins for winning the NFL’s MVP award prophecy to be fulfilled.”

Cousins will face a tricky assignment in winning an MVP, though. The Vikings — led by Mike Zimmer — are notoriously a run-first team in the vein of the Baltimore Ravens and Tennessee Titans. Minnesota threw the football the sixth-least in 2020, a season that the Vikings trailed in games more so than any other season of the Zimmer era. In 2019, the team’s last playoff appearance (and subsequent win in New Orleans), the Vikings passed the football the fourth-least in the business.

But when Cousins flings it, he is a hallmark of efficiency and consistency. He tossed 35 touchdowns during the pandemic season on a team that ran the football more than most. It’s probably why he’s paid like a Top 10 quarterback.