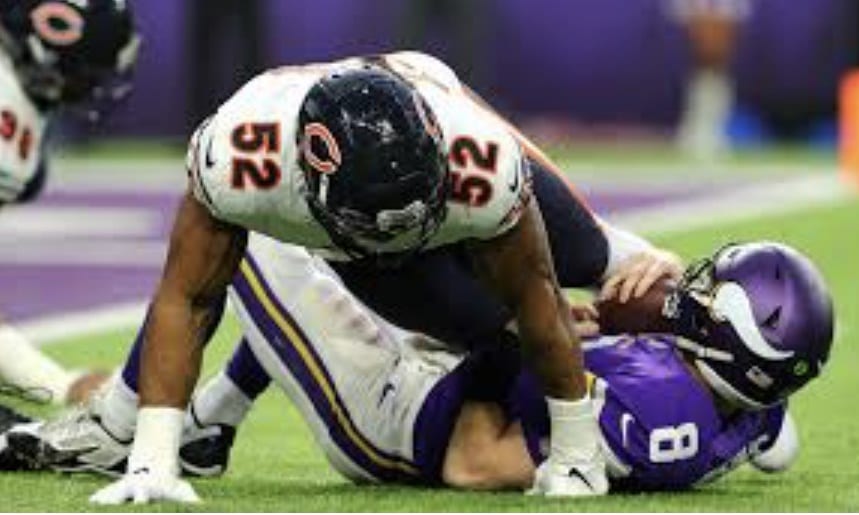 The Bears destroy the Vikings at home to advance to 3-1 on the season. Vikings started flat and ended flat, further fueling the narrative that they cannot win big games. They fall to 0-2 in the division and have a lot of question marks heading into week five.

Griffen  was relentless all game and continued to impress, and was able to keep Daniels from further carving up the Vikings defense. He has been a bright spot for the Vikings this year. The Vikings will have to seriously consider reworking

Johnson was able to record a couple of nice catches against the Bears. It’s encouraging to see a late round pick contribute, even if it’s only in small amounts.

What an inexcusable performance by this team. The Defense could only get the offense two positions in the first half, and gave up points to the bears backup QB on both of their Possessions on offense. This is the second time this season the Vikings defense allowed the team to fall behind early to a divisional opponent. Zimmer’s team was beaten in all three phases of the game in what was most likely the biggest game in the first half of their season.

It’s hard to envision what exactly the Vikings game plan was entering this game, because nothing worked. Their one productive drive was ended by a fumble. Stefanski and the offense’s inability to score points against solid defenses has to be concerning. The Vikings are going to have to re-examine their offense going into next week, and maybe put more trust in their quarterback.

The Vikings have been able to hide their biggest weakness to a certain extent through a great zone scheme, but the Achilles heel of Spielman’s tenure in Minnesota reared its ugly head again. The Vikings inability to block decent defensive lines have plagued this team for the last three to four years, and it cost the team in a huge divisional matchup.