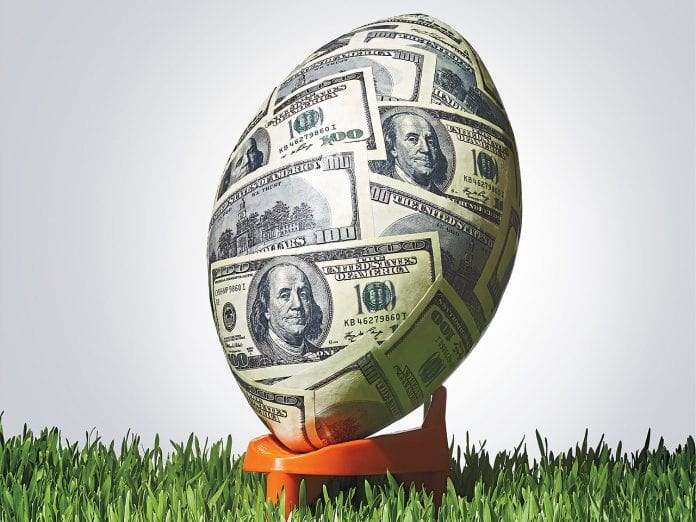 Since the legalization of sports betting earlier this year, billions of new/more dollars have flowed into and out of the coffers of the numerous betting sites around the world. Because of that, the odds and over/unders that are created for each game are probably the best way possible to determine how people (in the know) feel about the state of a current team, at least when compared to the state of the team that they’re facing that week.

Surprisingly, despite the fact that the Vikings have been in a pretty awful slump, particularly on offense, they are not only favored to win tomorrow afternoon against the Miami Dolphins (who have won two straight) but they’re favored to win by (over) seven points. It’s especially surprising because the Vikings just replaced their offensive coordinator John DeFilippo this week which creates all sorts of uncertainty.

If there’s anything that the oddsmakers hate it’s uncertainty and while the Vikings clearly can’t implement an entirely new offense in the three weeks that remain this season (let alone the couple of days that have occurred since that move), there is still a decent amount of questions as to what the Vikings offense will look like with their new offensive coordinator Kevin Stefanski and how those changes will be implemented by a struggling Kirk Cousins. Despite that, though, it appears that the promotion of Stefanski has been a boon for the Vikings odds and line, as the majority of bettors are buying into the Vikings in Week 15, according to Sascha Paruk from SportsBettingDime.

Minnesota opened as a 7.0-point favorite against Miami and, despite losing two straight and scoring just 17 points in the process, the majority of the vast money has come in on the Vikings, pushing the spread past the “key” number of seven. That’s all the more surprising with Miami over .500 and coming off one of the most high-profile wins of the year, a.k.a. the “Miami Miracle” versus New England.
As has been widely reported, everywhere, the Vikings have yet to beat a team with a winning record this season and so a win over the very beatable Dolphins would be huge for this Vikings team, a team that is in desperate need for some sort of change. A change in narrative, a change in momentum, a change in belief, a change in execution… I could go on and on. What seems clear from that line, though, is that people see the Vikings as a team with a ton of talent on both sides of the ball which means that they just need(ed) a coordinator that can allow that talent to execute. The Vikings have a few top-tier playmakers on offense (yes, including Cousins, who was nearly flawless earlier in the season) and that if they can just run the right plays then they’ll be the Super Bowl level offense that the team thought they’d be when they invested in Cousins last off-season.

Hopefully, the actual changes that they’ll have made to the offense, due to the change they made at the offensive coordinator position, will end up being the spark this offense/team needs to get back to the level they were playing at a month or two ago.

Luckily/Somehow the Vikings are still the sixth-seed and control their destiny in terms of making the playoffs (and beyond), so tomorrow’s game will determine whether or not this team makes the post-season or begins some sort of run that extends into the playoffs and while I personally have little faith that that’ll happen, it’s obvious that people who have money to spend on tomorrow’s game believe that they will and that they also believe DeFilippo was the reason that the Vikings were struggling.

Only time will tell.